6 Most Expensive Pens in The World - Mightier Than the Sword

In the age of digital technology, where most writing is done on laptops, tablets and phone screens, the pen still stands tall as a writing instrument without equal. There is something very personal about a handwritten note that no writing app can replicate. Below we have curated a list of the most expensive pens in the world, intricately crafted tools that are symbols of true refinement.

Named after the Russian word for pencil (karandash), which in turn is derived from the Turkish kara tash (essentially graphite), Swiss company Caran d’Ache certainly has a firm grip on the history of writing instruments. This knowledge is combined with expert craftsmanship to produce fine tools such as the Caran d’Ache 1010, La Modernista Diamonds, and the stunning Gothica. A love letter to Gothic architecture, the Gothica features patterns of fleur-de-lis and rosettes, with 72 rubies and 72 emeralds used in the design. It also has almost 900 diamonds encrusted in the cap and the barrel, giving it that extra shot of luxury. 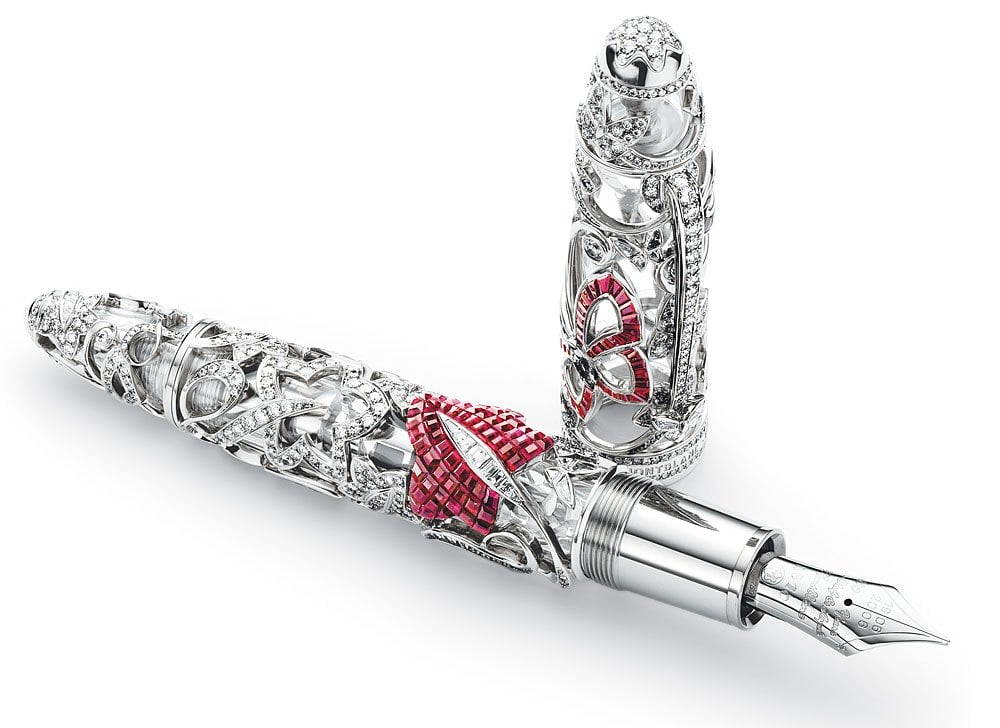 Montblanc is a brand that needs no introduction. Its cigar-shaped pens and snow-capped mountain logo are instantly recognizable the world over. To celebrate its 100th anniversary, Montblanc partnered with another famous luxury brand, Van Cleef & Arpels. The collaboration, which involved nearly two years of painstaking work by jewellers, designers and craftsmen, resulted in the aptly named Mystery Masterpiece. Unveiled in 2007, it was the most expensive fountain pen in the world and limited to just 9 pieces. The body of the pen is made of white gold, with an 18k gold nib, more than 800 diamonds and three variations involving rubies, sapphires and emeralds.

Read More... Best Perfume for Men to Wear at Work

The renowned Swiss brand makes the list again with a piece that combines two quintessential symbols of luxury - pens and watches. The name of this particular pen derives from the time of 10 minutes past 10, which is considered to be the most aesthetically pleasing position of clock hands on the dial. The body of the pen is covered in finely crafted gears and wrapped in a transparent casing to mimic a ‘skeleton’ watch design. Sticking with the horological theme, the pen clip is designed to resemble a clock hand and even the nib has a gear design engraved into it. There are three editions of the 1010 collection - silver, gold and diamond. The Diamond Edition is the only one worth seven figures and features over 800 perfectly cut stones. 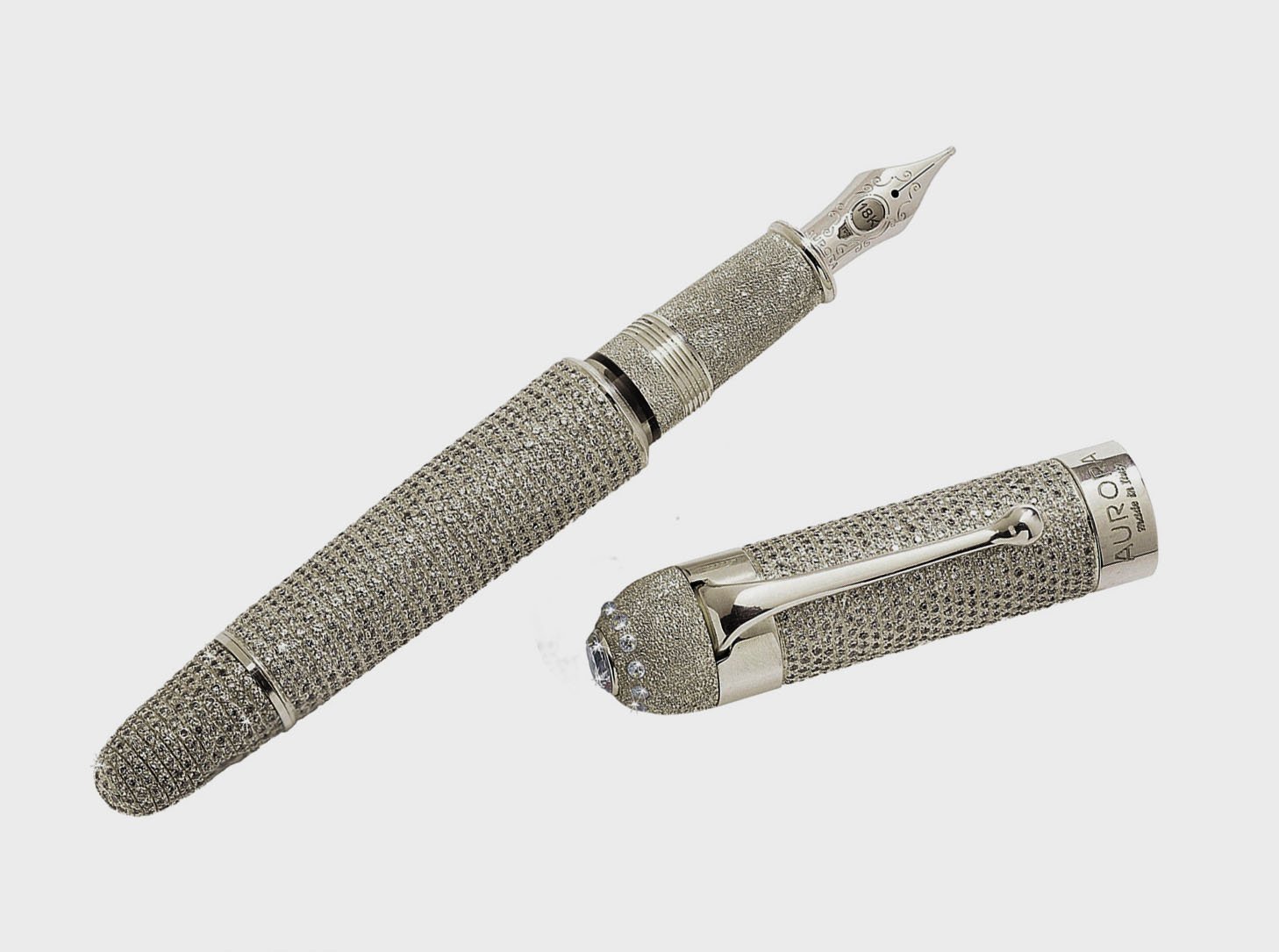 The simplest way to make any item more exclusive is to add diamonds into the design, as has been the case on this list so far. The Aurora Diamante continues that same trend, as evidenced by the name alone and is as much an item of jewellery as a writing instrument. It is encrusted with over 2,000 diamonds, of which 1,919 are on the barrel as a nod to the year that Aurora was founded. All of the stones have been sourced from the renowned DeBeers Jewellers and the nib has an element of customization as it can be engraved with a family coat of arms or the owner’s initials. This is the only unit produced in this edition, making it a very exclusive collector’s item. 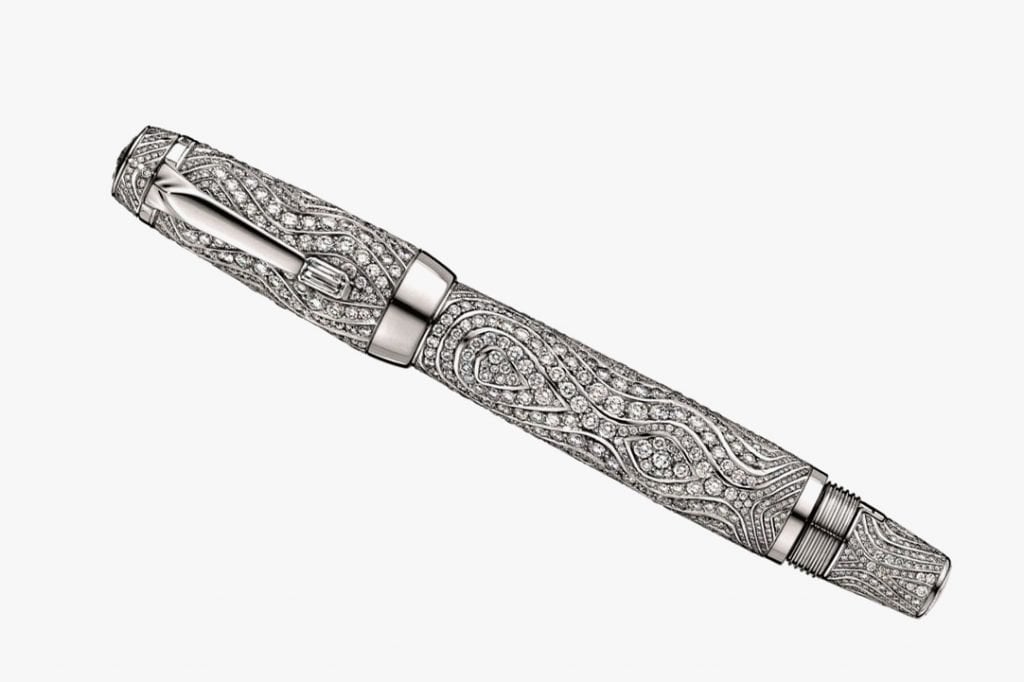 As with Caran d’Ache, it should be no surprise to see Montblanc on this list twice. Part of the Boheme collection, the Boheme Royal is made of 18 karat white gold and studded with over 1,400 diamonds of the very highest grade. The stones have a slight colouration that adds a unique quality to the pen’s aesthetic but isn’t obvious unless you compare them side by side with a colourless diamond. Even the Montblanc logo has been done up in style, made using 18 karat white gold and 19 diamonds. This is also one of the only fountain pens in the world with a retractable nib. 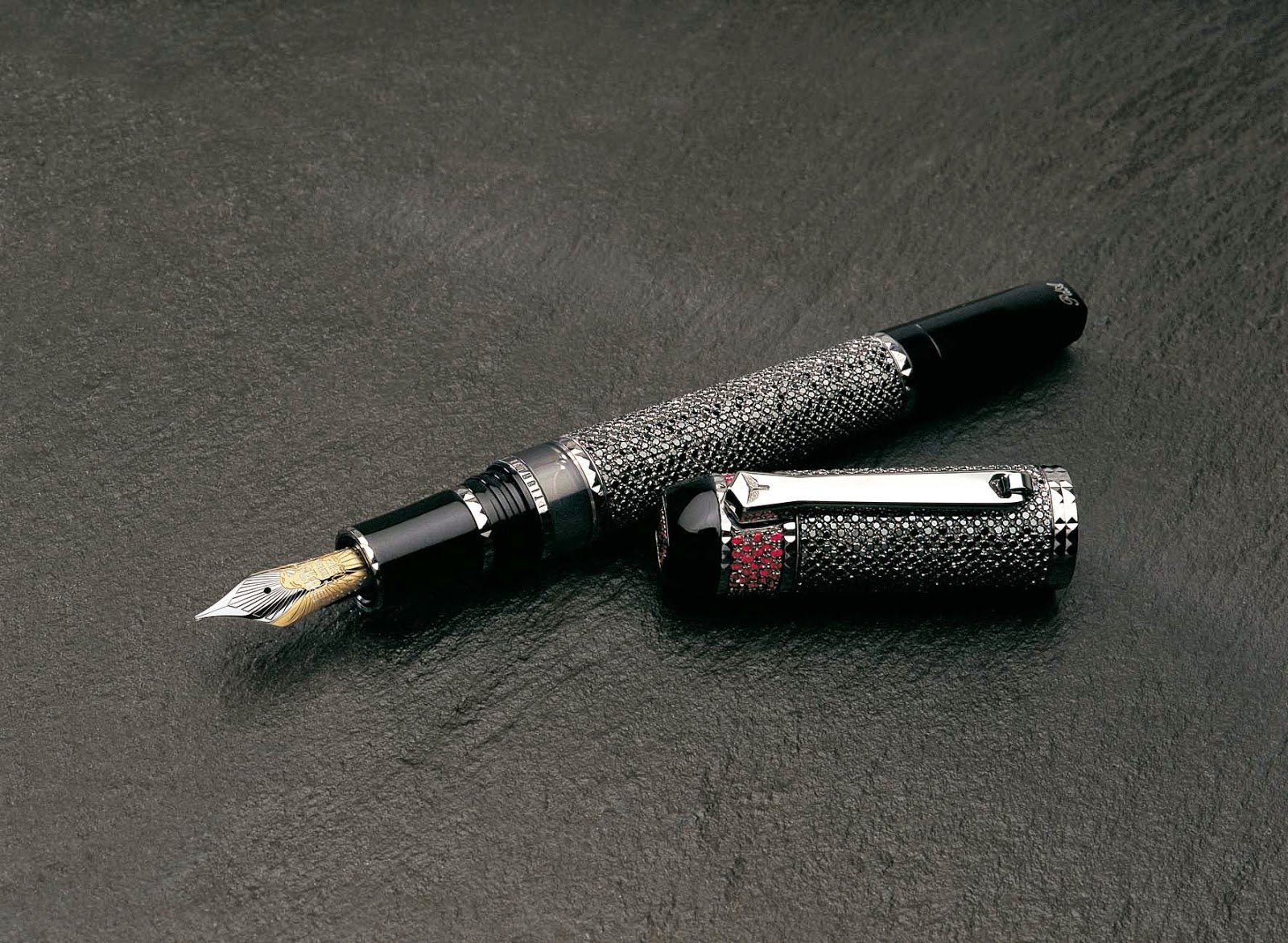 Crafted by famous Italian pen maker Tibaldi, the Fulgur Nocturnus is truly one of a kind. As with every other entry on this list, there are diamonds involved - 945 black diamonds, in this case. Covering the cap and most of the barrel, these gorgeous dark gems are the inspiration for the pen’s name, which translates to ‘Night Glow’. But that's not the only reason the Nocturnus is the world's most expensive pen. It also has a very fascinating design based on the Golden Ratio, also known as the Divine Proportion of Phi. When two components of an object have a ratio of approximately 1.618, it is known as the Golden Ratio and is considered to be the most visually pleasing proportion. This mathematical principle is used throughout architecture, art and is even found in nature. If you measure the length of the pen’s cap and the length of its barrel (the portion that’s visible when the pen is capped), you will find the ratio between the two to be exactly 1.618 - the Golden Ratio. 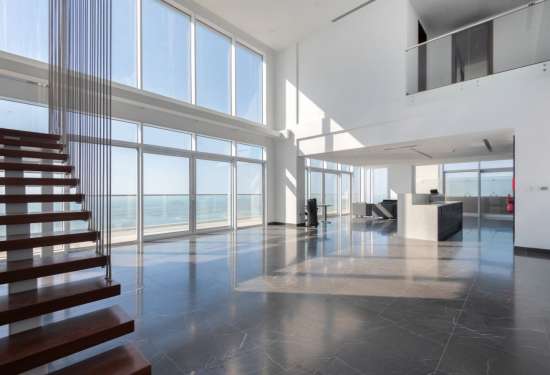 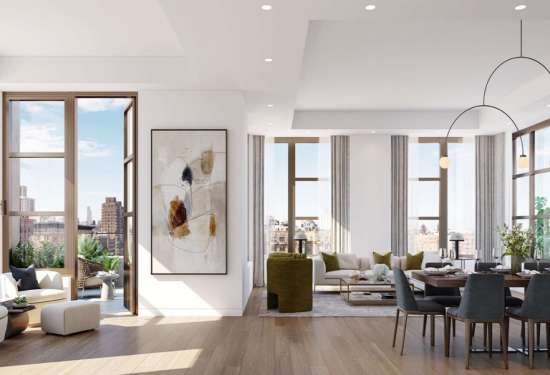