6 Finest Chronograph Watches in the World

Chronographs, originally used for astronomical measurements and now common in the automotive and aeronautics fields, are instruments of precision. They are designed to provide incredible levels of accuracy in timekeeping, and some of the finer watches perform other myriad functions as well. Listed below are a few of the best chronograph watches in the world.
​

The ultimate sporting watch, the Cosmograph Daytona is named after one of the most renowned motor racing destinations in the mid-20th century - Daytona, Florida. It started out as a companion to professional race car drivers in 1963, helping them to keep track of their race times and speed. One of the original watches had a variant design that was nicknamed the ‘Paul Newman’ Daytona, for the famed actor and racer. It was sold in 2017 for $17.8 million, which was a record at the time. The Daytona features fewer components than a standard chronograph, and can read time to 1/8th of a second. For close to 200 years, Patek Philippe has been designing chronograph watches that are known for their sleek beauty and their incredible precision. The Annual Calendar is one of the simplest in terms of its looks, with its platinum casing and a black dial with white gold detailing. However, it contains an intricate level of craftsmanship, with apertures on the watch face indicating day, date and month, as well as whether it’s day or night. A more complex version of the watch also has an aperture to track the phases of the moon.
​ In production since 1957, the Omega Speedmaster is perhaps most widely known because of the ‘Moonwatch’ edition, which was the first watch worn in space (during a spacewalk and on the moon). It is still one of a select few watches qualified by NASA and is the only one that is qualified for use outside a spacecraft. Several versions of the watch have been released since to commemorate its moment in history, including the ultra-sleek ‘Dark Side of the Moon’ variant.
​

From the 1930’s to the 1950’s, Audemars Piguet crafted a very rare series of chronograph watches that are highly sought-after today. The Self-Winding Chronograph Remaster is a loving homage to one of the original versions produced in 1943, updated to reflect contemporary finishes and technology. The legibility of the dial is greatly increased, with contrasting colour elements to make the second hand and the hands on the sub dials stand out clearly.
​ 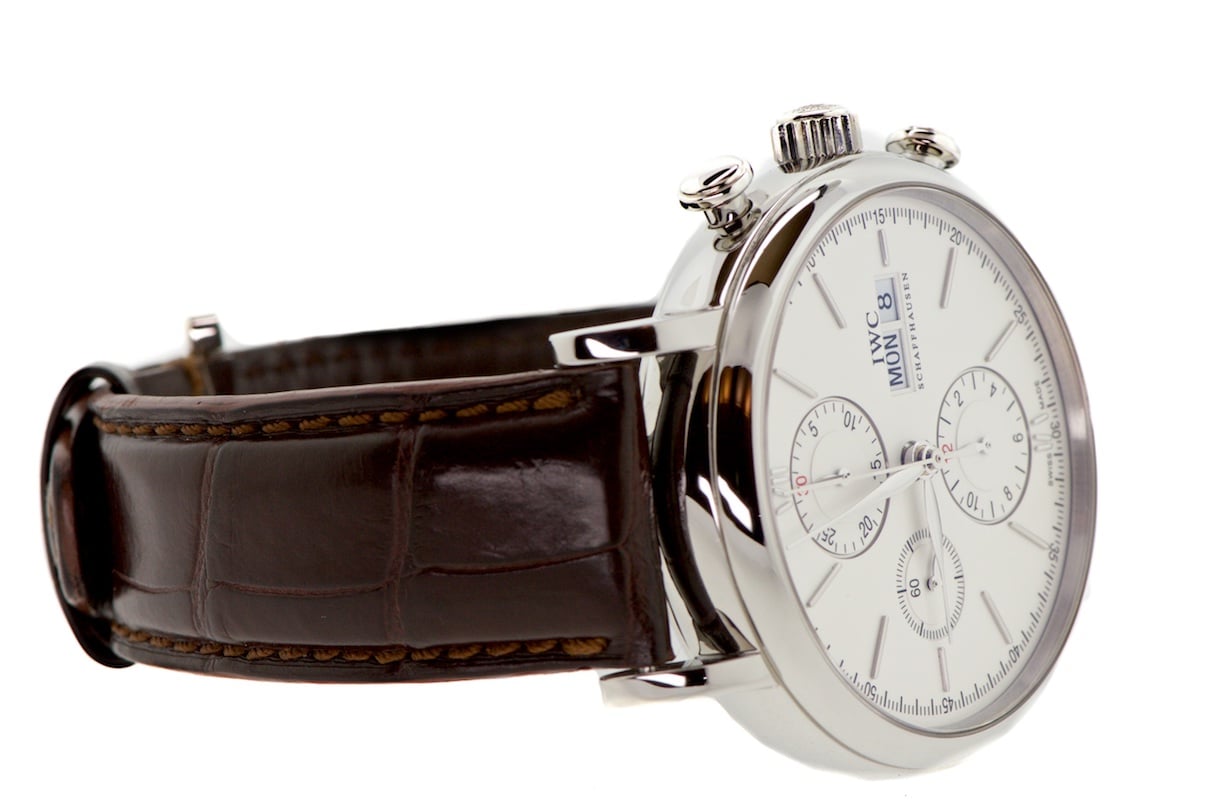 Like most watches by IWC, the Portofino is a watch that stands on the merits of its polished design and its solid mechanics. Borrowing its design sensibility from the 60’s, it has all of the charm and style you would expect from the ‘Mad Men’ era. It features a date and month display on its sub-dials, and a hacking movement so you can set the time to the precise second.
​ While there are a few different varieties of chronograph available from Vacheron Constantin, nothing stands out quite like the iconic ‘Cornes de Vache’, which pays tribute to the ‘cow horns’ formed by the knobs of the 1955 model. The tachymeter, which is painted onto the dial, is outlined in blue to catch the eye, and the watch face also features a measurement down to the second, plus a 30-minute counter.
​

IWC Portofino Chronograph image courtesy of Watch Collectors website. All other watch images are taken from the Facebook pages of their respective brands.