Incredible Experiences You Can Only Enjoy in Dubai

Written by Arpan Ghosh
Dubai is wholly unique among its global peers. It is a centrally located city on the world map, allowing for easy flight connections to both East and West. It is overflowing with world records for its architectural and societal feats. And it is a city that offers you a way of life that you will not find anywhere else in the world. Whether you are a visitor to the city or a long-time resident, these are the experiences that you can only enjoy in Dubai. 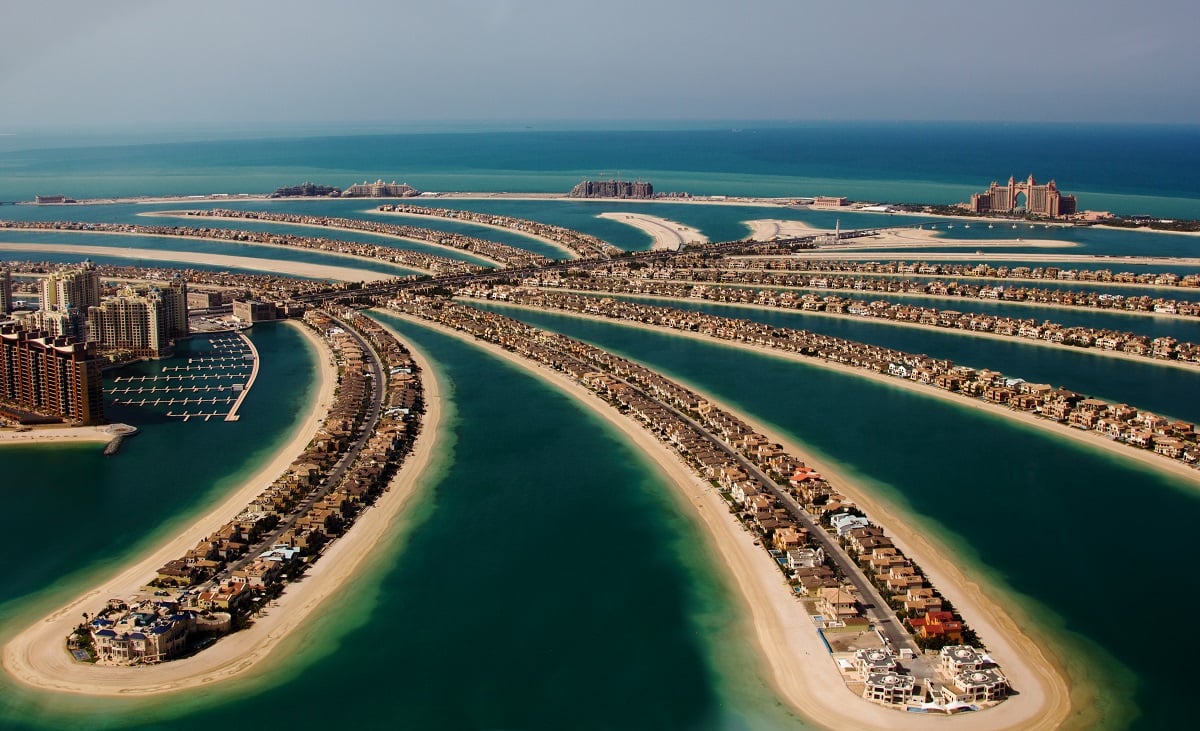 On completion, Palm Jumeirah became the largest man-made island in the world and was in fact considered to be the world’s 8th Wonder. It has since been joined by others such as Palm Jebel Ali, Pearl Jumeirah and Jumeirah Bay Island, with the mega project of The World Islands still under development. With a vast array of beach resorts, festive boardwalks and other leisure attractions, these are certainly popular among tourists. However, a fantastic selection of sea-facing villas and apartments also make these prime places to live. 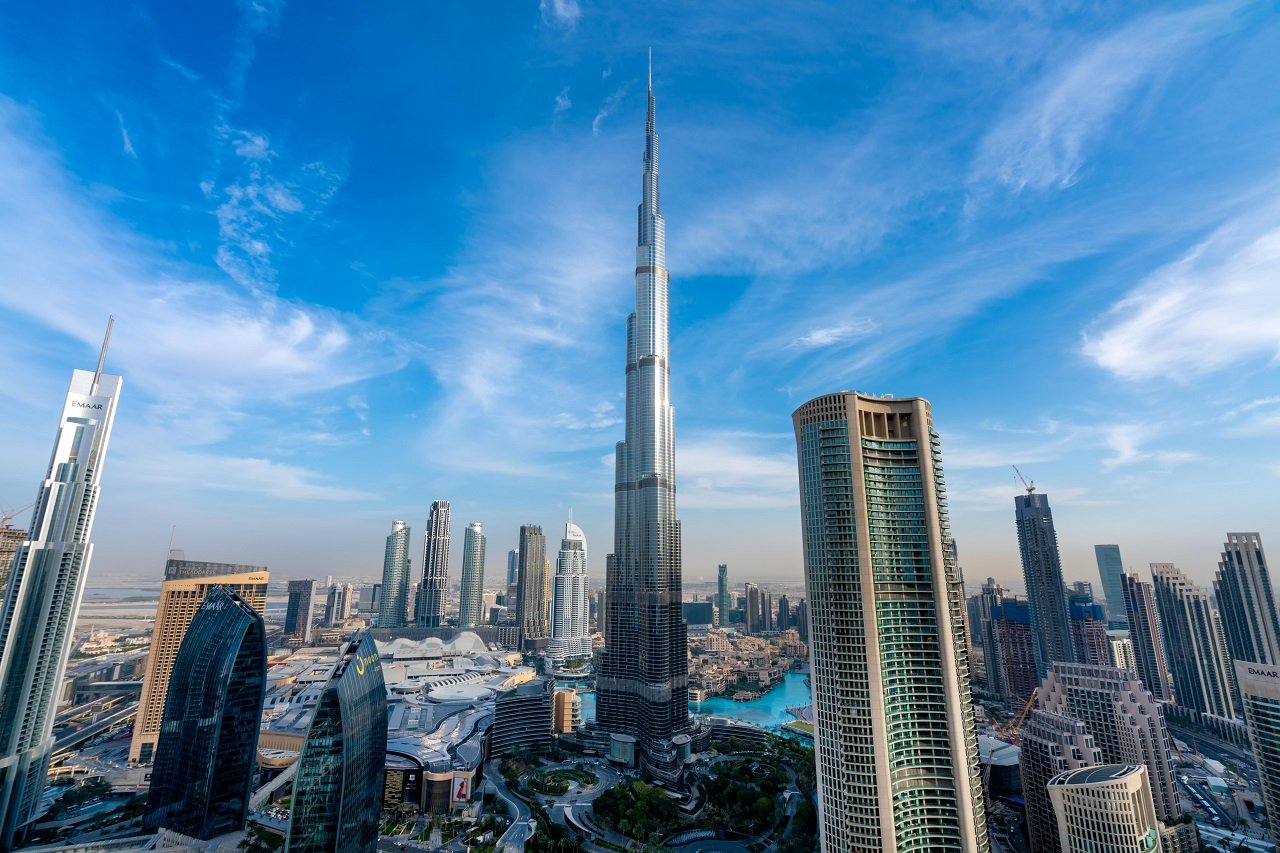 The Dubai skyline is iconic, containing some of the world’s most awe-inspiring structures and a host of record-breaking superlatives. There is the famous sailboat-shaped Burj Al Arab, roundly considered to be the world’s finest hotel. You also have two of the tallest hotels, the J.W. Marriott Marquis with its needle-like twin towers and the glittering, spire-topped Gevora Hotel. A recent addition to the city was the world’s tallest Ferris wheel, Ain Dubai, at a staggering 210 metres high, and of course, the Burj Khalifa hardly needs an introduction. Ski in the Middle of Summer

Not content to hold the record for the world’s longest indoor ski slope, Dubai is all set to outdo itself with another slope opening in the near future as part of the in-development Meydan Mall. Until then, you can head over to Ski Dubai at Mall of the Emirates, which is the city’s premier skiing destination. Five slopes of varying difficulty offer a solid challenge for novices and for skiing enthusiasts alike, and the facility also contains sled runs, toboggan runs, an ice slide and a ski lodge with a cafe. Ski Dubai is also home to a lovable group of penguins, who the public can meet every day during specially booked ‘Penguin Encounters’. Dine Under the Sea

When it comes to fine dining, Dubai has a diverse selection of restaurants, many of which are set in picturesque locales where you can enjoy your meal over stunning panoramas of the city skyline or the Arabian Sea. If you consider dinner with a bird’s eye view to be old hat, however, then you might prefer a fish-eye view instead. Ossiano and Al Mahara are two well-known seafood restaurants located in the Atlantis and Burj Al Arab respectively. Both feature floor-to-ceiling aquariums along the walls, so you have the feel of dining underwater. If you’re looking for something more casual, then head to the Dubai Mall, which features restaurants sitting alongside the famous Dubai Aquarium. The golden glow of Dubai can be seen in its sunsets, its pristine beaches, the design of some of its buildings, its famous gold souq, and even in a few cars you see on the highway. That glow also extends to the city’s food, with a few eateries offering food that is topped off with edible gold. The appropriately named 24 Karat is a restaurant that adds in a sprinkling of fold dust to every dish and, for its most loyal guests, engraves their names on custom gold cutlery sets. Beluga, a restaurant solely dedicated to caviar at the Mandarin Oriental Dubai, offers a double dose of luxury with a filling that includes Almas caviar, the most expensive variety in the world, along with a bit of gold foil for the garnish. Want to satisfy your sweet tooth? Then head over to Scoopi, a boutique ice cream parlor that is most famous for the Black Diamond - vanilla bean ice cream with saffron, black truffles, gold flakes and gold powder. A day at the races is always a popular option, especially during the wonderful winter and spring seasons of Dubai. The Dubai World Cup is typically the highlight of that, and is also the world’s most expensive horse race. However, if you’re looking for something a bit out of the ordinary, then why not enjoy a camel race? Then the Dubai Camel Racing Club is where you want to go, especially the Al Marmoom Racetrack, which hosts some of the most famous camel races in the country featuring remote-controlled robot jockeys. If you’re not content just to watch, then there is the Dubai Polo & Equestrian Club, where you can gear up for a game of camel polo.