Since the project was launched at the start of 2018, Emaar Beachfront has become one of the most intriguing developments in Dubai. Located off the coastline of Dubai Marina and adjacent to the main trunk of Palm Jumeirah, this stunning private island is in proximity to the very best of Dubai’s lifestyle offerings.

Last week saw the latest announcement from Emaar Beachfront - an exciting collaboration between Dubai’s most prestigious property developer and Elie Saab, the renowned Lebanese fashion designer whose dresses have been worn by celebrities such as Angelina Jolie, Nicole Kidman, Aishwarya Rai and Beyoncé, as well as Queen Rania of Jordan and several members of European royalty. Following in the footsteps of design icons such as Armani, Versace and Cavalli, Elie Saab will be applying his keen aesthetic sensibilities to the world of interior design. The project, known as Grand Bleu Tower, will feature one to three-bedroom apartments with a choice of two interior styles - Warm and Cool. It will also have an exclusive four-bedroom penthouse collection with a selection of finishes and materials handpicked by Elie Saab. There will also be a great selection of amenities, including a pool deck, fitness centre, multipurpose rooms and direct access to a private beach, marina and yacht club. Emaar Beachfront has already proven to be a huge success for Emaar. Its first residential development, Beach Vista, was announced in January of last year and really set the stage for what we could expect from the project as a whole. Made up of two towers, Beach Vista features sleek design, full-height windows and bright interiors. The architecture is influenced by the Miami Modernist style, which should come as no surprise as Miami’s vibrant waterfront lifestyle is a perfect parallel to that of Dubai. Grand Bleu Tower has a similar architectural inspiration, drawing from the famous Art Deco district at Miami Beach.

Following on from the success of Beach Vista came Sunrise Bay, another twin-tower development with a similar aesthetic and amenities. The lack of any real distinction between the two projects mattered very little to Dubai’s investors and home buyers - it just meant that there was double the opportunity to buy into the island. After a quiet summer, Emaar Beachfront came roaring back into the headlines in September with its third launch, Marina Vista. Grand Bleu Tower is the first branded residence project on the island, and also the first residential tower to offer penthouse units, giving it a more unique identity. On the whole, this is shaping up to be one of the key waterfront destinations in Dubai and will be ideally suited for those who are looking for a dynamic urban lifestyle. Emaar Beachfront is just one half of Dubai Harbour, which will also include five-star hotels, two cruise terminals (the largest in the Middle East) and the Dubai Lighthouse, which will stand 135 m high and yet another iconic structure to Dubai’s skyline.

Click the tiles below to view our listings at Emaar Beachfront and get in touch with us for further details on this marvelous gated island. 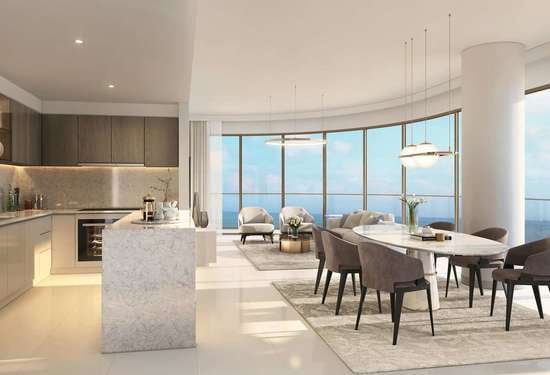 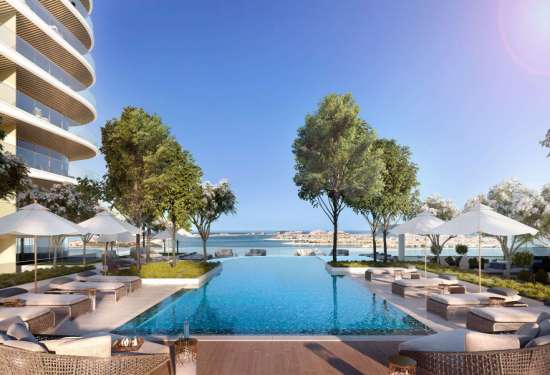 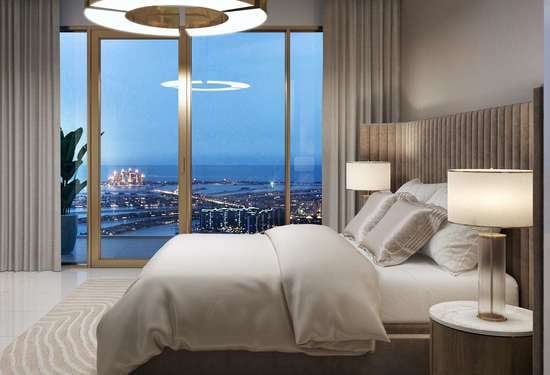 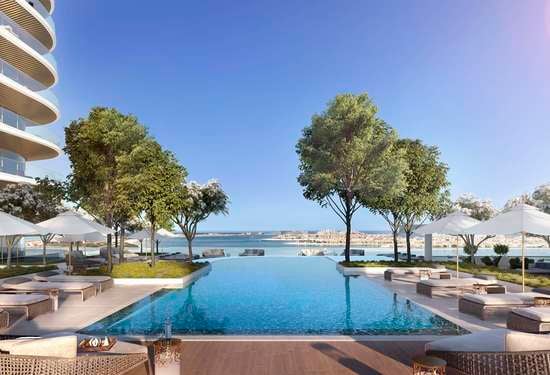