If you are planning a move to Dubai with your family, there are doubtless many questions on your mind. Chief among them, especially if you have young children, is what is the best school in Dubai and where you can find the best schools in Dubai. There are several excellent educational institutions around the city, and the following are considered to be among the top. They have been awarded the highest rating of ‘Outstanding’ by the Knowledge & Human Development Authority (KHDA), offer an internationally recognised and accredited curriculum and are easily accessible from some of Dubai’s finest neighbourhoods. 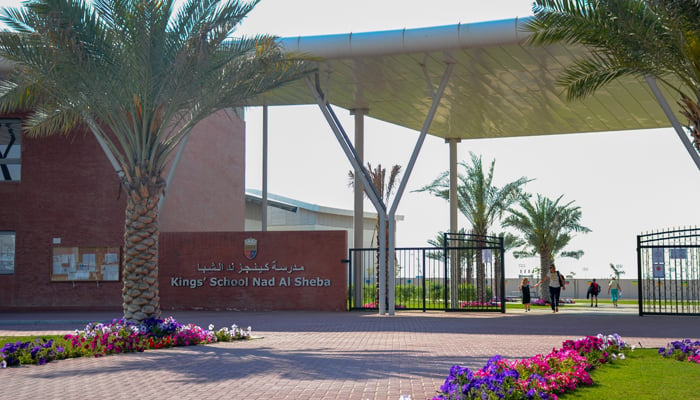 There are three Kings’ School campuses in Dubai, each of which is ideally located near some of the city’s finest communities. Kings’ School Dubai in Umm Suqeim 3 is perfect for families living in the Jumeirah district, Kings’ School Al Barsha is a short drive away for residents of Jumeirah Village Circle and Arabian Ranches, and Kings’ School Nad Al Sheba is roughly 20 minutes from District One and Al Barari. All three schools are highly reputed, offering the English National Curriculum. Second languages, sports, music and even Islamic education help to round out the school’s educational offering and the use of cutting-edge technology makes learning easier and more fun. Students are encouraged to try everything from cooking to photography, and the school even has its own business club for budding entrepreneurs. 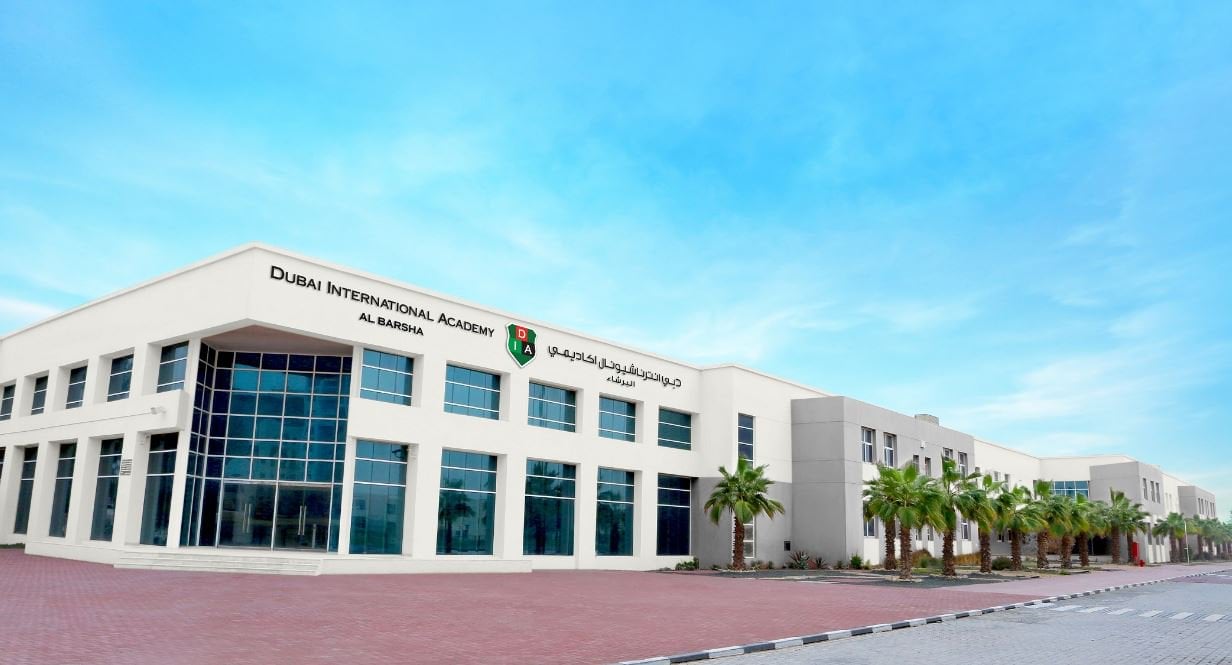 Dubai International Academy, also known as DIA, has a diverse student body comprising more than 80 nationalities and follows the International Baccalaureate (IB) curriculum. The school offers both primary and secondary education, divided into three programs - Primary Years, Middle Years and Diploma. The academic performance of DIA is among the best in the region, and the vast majority of its students get accepted into renowned universities such as Princeton and Yale. The school emphasises a well-rounded education program, with plenty of extra-curricular options, including an Eco Club, a Model United Nations, music, art and sport.

Dubai School fees at DIA vary depending on year level. Annual Fees starts at AED 40,000 for KG and goes up to AED 72,000 for Year 13. There is also an AED 4,500 fee for ESL (English as a Second Language) students who require additional support for English in school.

Gems Wellington is part of the Gems Education Group and is one of its better known schools. The school follows a GCSE and IGCSE based curriculum until Year 11, followed by an International Baccalaureate Diploma program in Years 12 and 13. Students of Gems Wellington have gone on to be accepted in universities such as Cambridge and Stanford. Students benefit from the presence of a dedicated guidance team to choose their IB courses as well as a University Guidance Counsellor who can advise them on further studies. The school also participates in the Duke of Edinburgh’s International Award, a youth award that encourages students to set goals and challenges for themselves to foster personal growth.

Located in Nad Al Sheba 3, Repton is a co-ed British curriculum school that operates as both a boarding and day school. Repton follows the English National Curriculum through to Year 11, after which it offers students the unique option to continue with the same curriculum until Year 13 or pursue an International Baccalaureate Diploma. Oxford and UCLA are among the universities that have accepted students from Repton, and the school had 94% of students pass the IB diploma in 2017. Despite being the largest school in the region, Repton maintains a good ratio between students and teachers, creating a more balanced and personalised educational environment. Extra-curricular activities are emphasised, including arts, drama, music and sport.

Located in Dubai Healthcare City, Swiss International Scientific School is a top-tier IB (International Baccalaureate) school which operates as a day school and as a boarding school. It is relatively new, with a large Primary program that goes up to Grade 5 and a Middle Years program that goes up to Grade 11. There is also an Early Years program for children aged 3 to 5. Multiculturalism and diversity are two core elements of the school, which offers additional language courses from Grade 1 onwards. Students can choose the bilingual or English+ program. The former is a mix of English and French (or German) courses, while the latter focuses primarily on English with French (or German) taught as a second language. There are other language options as well, including Arabic, Mandarin and Spanish. Swiss International Scientific School offers a very extensive list of extracurricular activities, including sports, a TED club, rhythmic gymnastics and robotics. The campus features an Olympic-sized swimming pool, a running track, aerobics studios and multiple soccer fields as well as a large library. Jumeirah English Speaking School (JESS) is located in Arabian Ranches and is one of the most sought-after schools in the area.  It has been on the list of top schools since 2011 and is one of the few schools in the city to have dedicated support and resources for students with special needs.. Students who graduated from JESS have been accepted into many of the top-ranking universities worldwide. The school follows the English National Curriculum, and is known for its consistently stellar academic performance, with the number of students receiving an A or A* grade in their GCSES and IGCSES rising by double digit percentages over the past two years. There are numerous facilities around the campus, from sports fields and courts to temperature-controlled swimming pools, a purpose-built music centre with a recording studio, dance and drama studios, a 500-seater auditorium and an outdoor amphitheatre. Extracurricular activities change each term, giving students the opportunity to experience new and unique options.

School fees start at AED 39,030 for the first Foundation year, going up to AED 91,950 for Years 12 and 13. The school operates on a ‘debenture’ system, accepting personal and corporate sponsorships to manage fee payments. 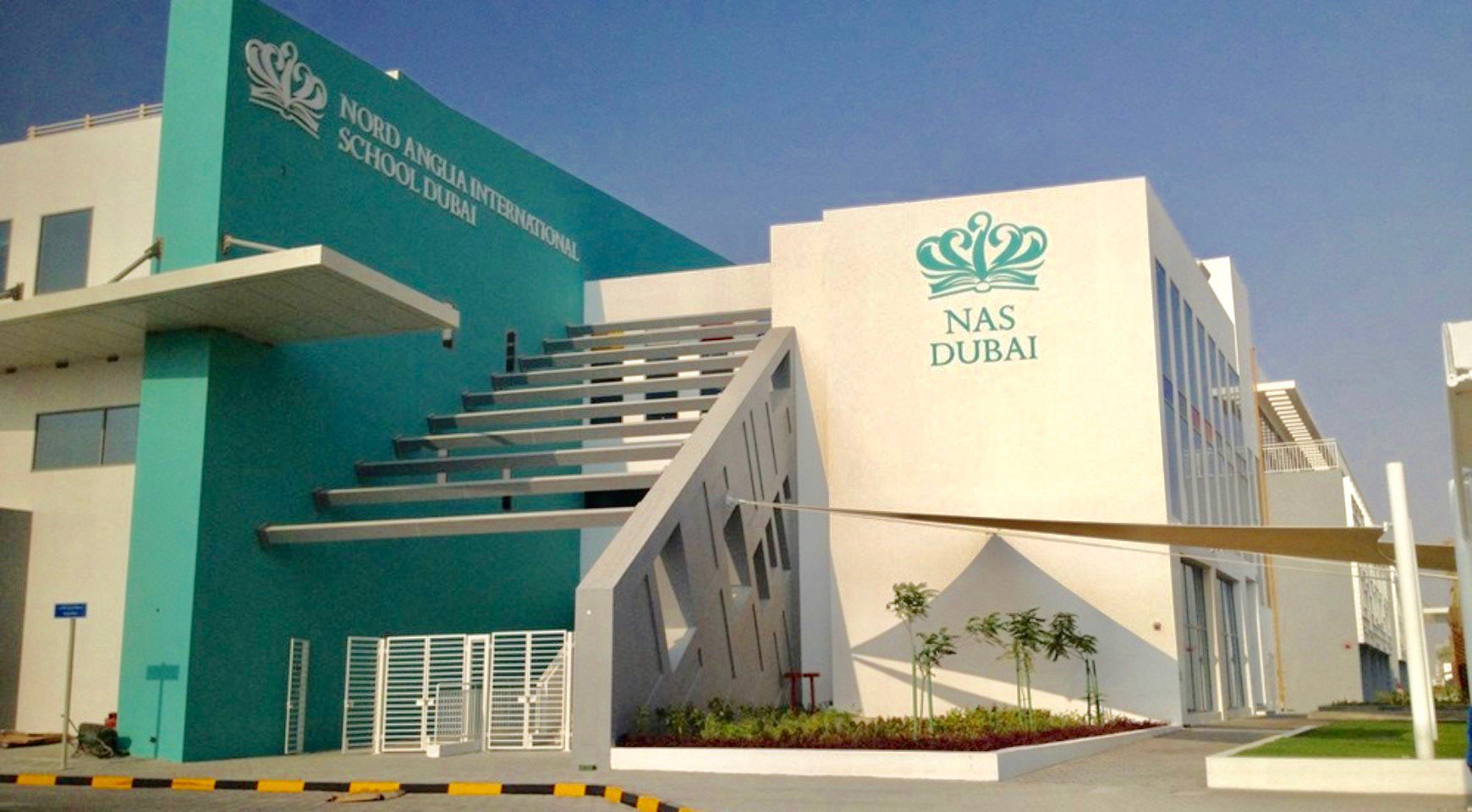 Nord Anglia School is located in Al Barsha South, which puts it a short drive away from Jumeirah VIllage Circle and a 15-minute drive from Emirates Hills. It is one of 35 schools in the world operating under the Nord Education group. The school follows the English National Curriculum and has an International Baccalaureate option at the higher grade levels. It has a strong language learning program, offering French, German, Spanish, Mandarin and Arabic as second languages. Music is another key subject, as Nord Anglie is associated with The Juilliard School. Other extracurricular activities include sports, art, community activities and robotics. Founded in 1997, GEMS Dubai American Academy is one of the most sought-after schools in Dubai and the only school following an American Curriculum to receive an ‘Outstanding’ rating from the KHDA. The school is located in Al Barsha, which is a hub of exceptional education options and is in proximity to several residential communities. It also offers an International Baccalaureate diploma at the high school level. Emphasis is on building good character alongside a strong educational background, supported by a large variety of extracurricular activities. The school contains an Olympic-sized pool, a 400-metre running track, a sports hall that can accommodate 3 full-sized basketball courts, music studios, and much more. Students can participate in sports, martial arts, drama, model United Nations and even a Lego club.

Fees are AED 61,190 for kindergarten and are set at a flat rate of AED 86,260 for every other grade. An enrollment fee of 10% must be paid to secure a seat for the following academic year - this fee is non-refundable but can be adjusted with the fees for the year.

If you are looking for a family home that is in easy driving distance to some of Dubai's best schools, here are a few options to consider: 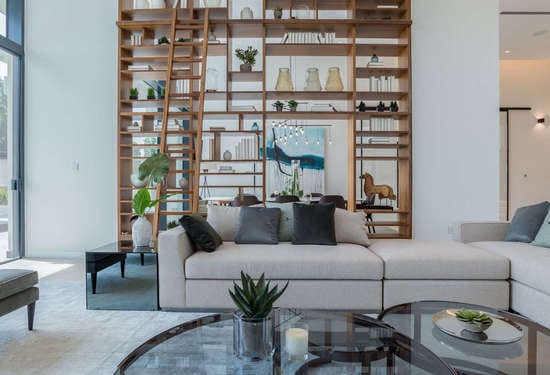 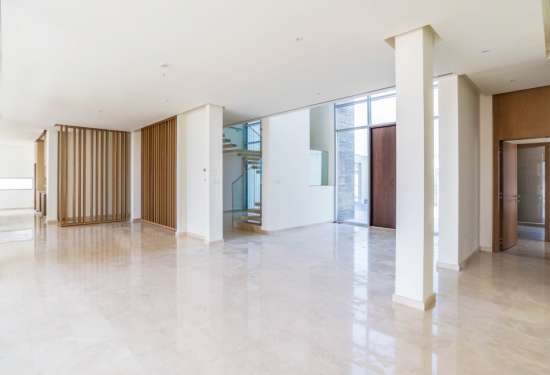