With a rich history dating back to a century, Vizcaya Museums and Gardens brings Italian flair to the coastal city of Miami. The attraction has an interesting back-story, when notable US industrialist and conservationist, James Deering, who was heavily influenced by the Age of Exploration and historical artifacts, decided to commission the construction of the site. The founder wanted to bring and preserve European aesthetics of the bygone years to Biscayne Bay. The site, which served as his place of residence for many years, is now one of the most popular tourist destinations not only in Miami but in the US.

Built over an area of 43 acres, the site served as the winter home for James Deering till his death in 1925. After James’ passing, his nieces decided to transform the residence into a tourist attraction by expanding and adding unique Italian Renaissance and Baroque-era elements. Between the house and the garden, Vizcaya serves as a museum that chronicles the early history of Miami and its rise as a popular tourist destination. All of this is beautifully juxtaposed with stunning Italian aesthetics on a vast, sprawling landscape. 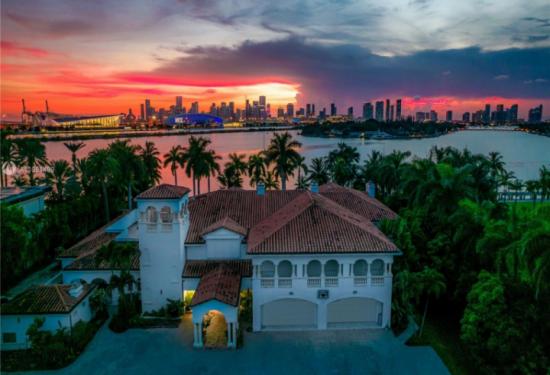 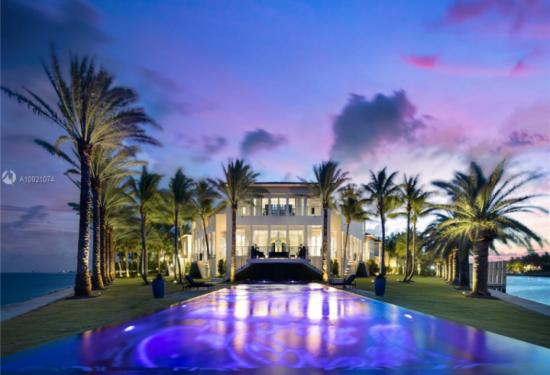 As a waterfront residence, Vizcaya Museum and Gardens’ many treasures include more than 2,600 pieces of antique art objects and furnishings, more than 10 acres of lush, landscaped gardens that include an assortment of orchids and lilies, as well as 25 acres of endangered forest land. The busts, sculptures, fountains and urns found in the garden can rival any garden from the Hellenistic period. Drawing inspiration chiefly from the Baroque and the Renaissance periods, the site serves to preserve some of the most memorable sculptures and busts from erstwhile years. One of the most important sculptures is the Sutri Fountain designed by famed architect Filippo Bargioni, who was responsible for creating the original fountain in front of the Pantheon in Rome. The fountain is surrounded by busts of mythological creatures and Roman deities from folklore.

What really sets Vizcaya apart is the melange of antique sculptures with modern-day art pieces by celebrated artists such as Gaston Lachaise, Alexander Stirling Calder and Robert Winthrop Chanler. Chanler’s work involved the creation of the ceiling of the swimming pool; which displays an extraordinary stucco bas-relief design depicting the underwater fauna and flora of the Florida Keys. Another impressive feature of the Vizcaya includes the twentieth-century sculptures; include the masterpiece Barge, sculpted by Alexander Stirling Calder, which is located in the waterbody just in front of the Main House. The Barge is one of the finest examples of Platonic Naturalism comprising a breakwater structure in the form of a boat and adorned with carvings and indentations representing mythical Caribbean creatures. 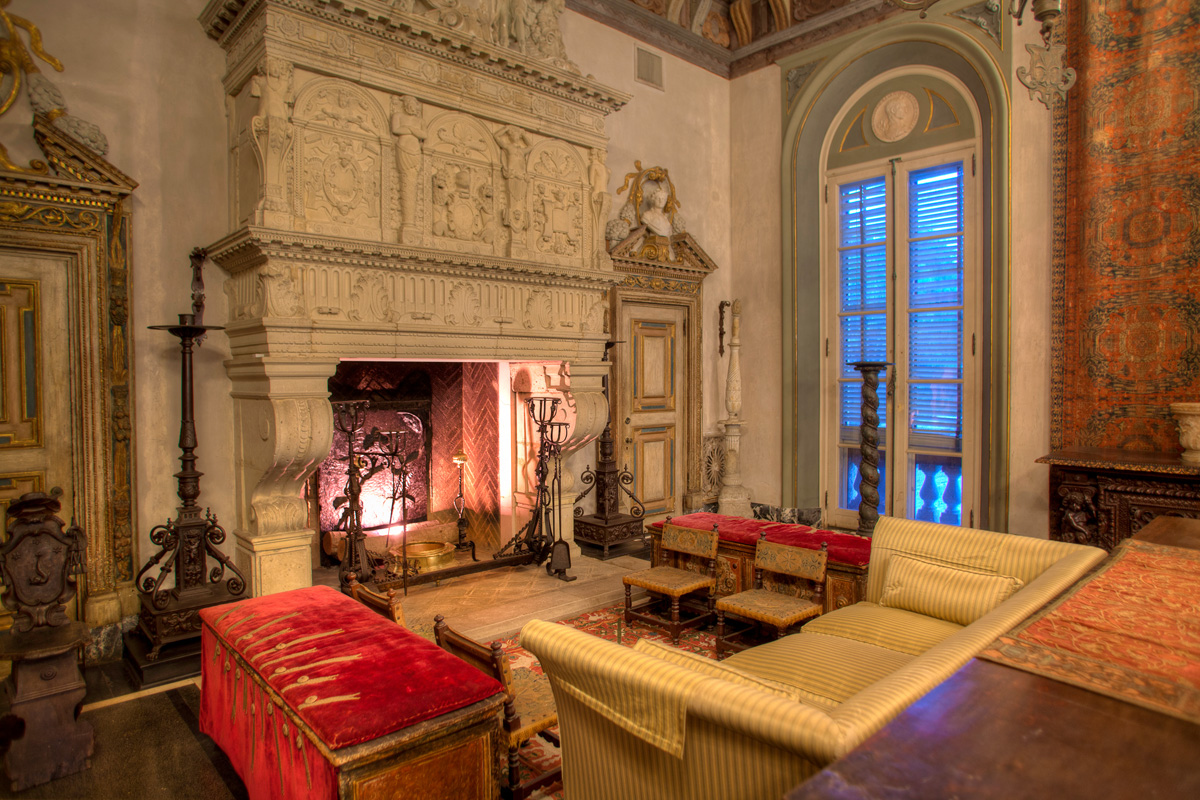 In total, this palatial mansion consists of 70 rooms with distinctive architectural appointments. The idea is to take visitors through time and explore the spellbinding artefacts all the way from the 15th century to the 19th century. On the first floor, one will find a collection of reception rooms, decorated with Venetian era chairs, candles, chandeliers and paintings. You will also see busts of notable European personalities from the past. Furthermore, there is a well-stocked library, a music room that plays classical musical movements and a large dining room surrounded by the courtyard.

In particular, the eighteenth century influence is prominent in the rooms, hallways, and lounges. From the mesmeric Rococo designs to the more conventional Neoclassical era artefacts, each element is placed meticulously to evoke a certain mood from a certain period of time in human history. The fireplaces, the splendorous gates, the paintings - every element serves a purpose and all every object comes together to take visitors on a journey to the erstwhile years.

Another prominent element is the touch of famous Italian cities in the rooms and the corridors. The music room has a flair of the Milanese music scene back in the day, the reception room is themed after the aesthetics of Palermo, the bedrooms are inspired by Venetian design characteristics; while the living and dining rooms hark back to Venetian style, mixed impeccably with the modern Renaissance interior popular among art aficionados in Europe. With such an eclectic collection of masterpieces from the past and present, it’s clear to see why Vizcaya is a centerpiece attraction in Miami. 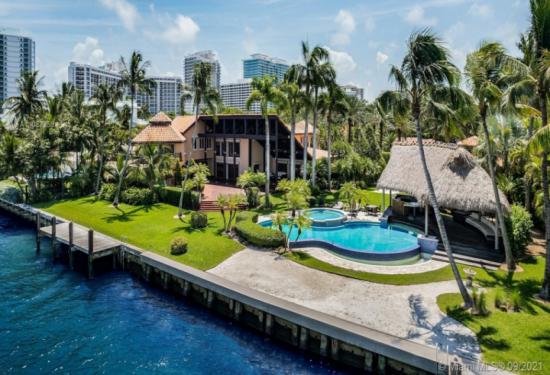 3. Reveries of the Past

Vizcaya strives to preserve its historical artifacts and the fragile estate as a whole with the help of leading conservatives, archaeologists and architects. Due to the subtropical location of the site, the relics and artifacts are exposed to saline and damp conditions as well as the occasional hurricanes that cause significant damage to the site. Still, Vizcaya is the final resting place of historical photographs, a living collection of exotic plants, majestic architectural elements as well as the unparalleled beauty of the gardens. Moreover, the museum regularly holds exhibitions to give visitors an insight into this glorious estate and the many treasures it has buried.

Vizcaya is located on Biscayne Bay, in South Miami.