As Cityscape draws to a close this year and we take a look at the new projects that were announced during the event, it seems that waterfront living was at the forefront. Meraas showcased the full vision for Port de La Mer, Meydan teased a new project known as Marsa Meydan and although it didn’t have any scale models or splashy displays, Emaar made sure that Emaar Beachfront wasn’t forgotten. One project that we were keen to learn more about, and that took centre stage on the event’s opening day, is Madinat Jumeirah Living by Dubai Holding.

Madinat Jumeirah Living will continue in that same vein, with a design that takes inspiration from traditional Arabian houses. The first phase of the project will comprise two residential buildings offering a selection of one to four-bedroom apartments and featuring a sand-coloured outer facade that has ornamental wooden flourishes, pergolas and wind catchers on the roof. The interiors will have a contrasting modern appearance with living areas that create a careful balance of space and light while overlooking panoramic views of the Arabian Sea and the Burj Al Arab’s magnificent sail-like silhouette. 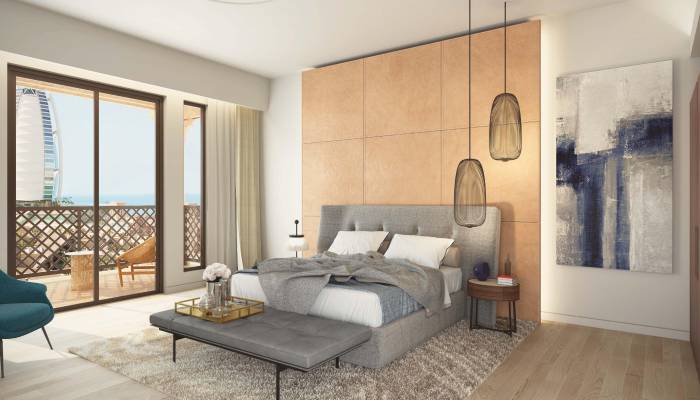 Located in a prestigious neighbourhood, Madinat Jumeirah Living will be a gated community with vehicle access points at the entry gates leading down to a large subterranean parking garage. As a result, the walkway that winds its way around the buildings will be completely pedestrianized and ideal for a morning jog or a leisurely afternoon stroll. As you explore the walkway, you will also find an outdoor pool, an adjoining children’s pool, parks, play areas, and jogging and cycling trails. The development will also have its own community centre with retail and dining options. Rooftop BBQ areas will provide an open setting to entertain family and friends while enjoying unbroken panoramas of the surrounding district and the sea. Residents will be connected to Souk Madinat Jumeirah through an air conditioned bridge.

A short drive will take you to the private island on which the Burj Al Arab sits, as well as the nearby Jumeirah Beach Hotel. Thanks to a well-connected road network, other key areas of the city such as Palm Jumeirah area, La Mer and Downtown Dubai will also be easily accessible. 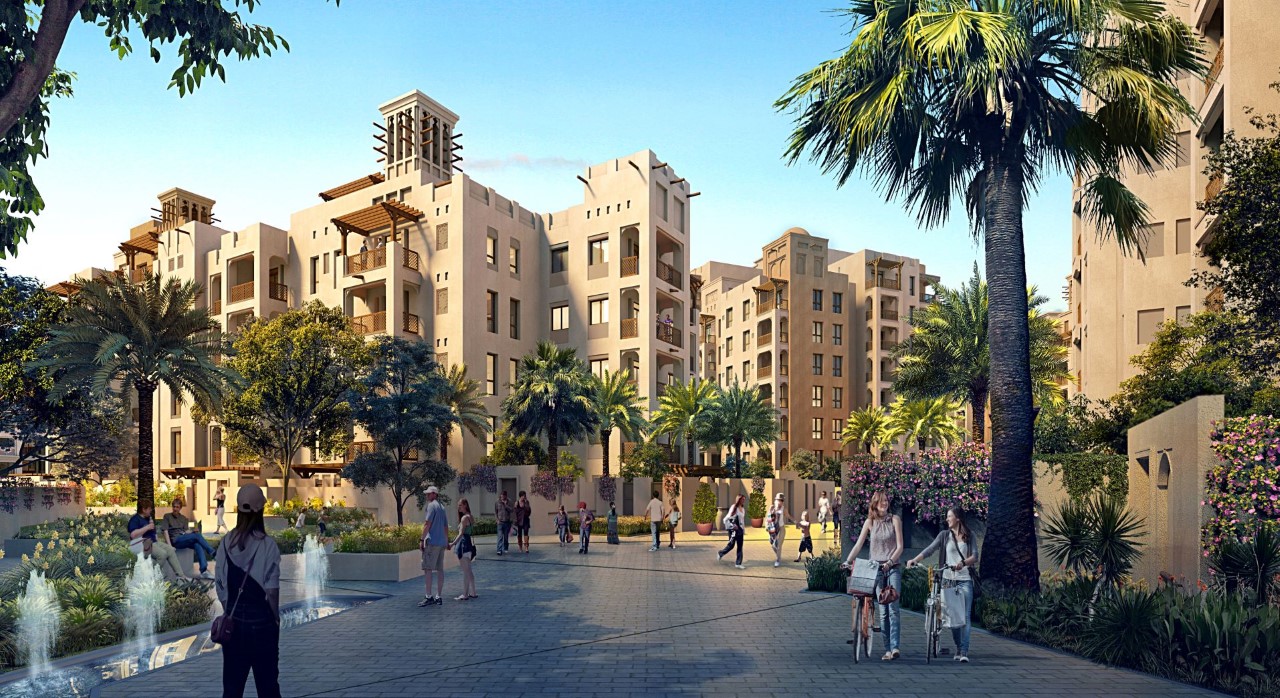 Madinat Jumeirah Living is an exciting new addition to Dubai’s property landscape, not just because of the aesthetics and the fantastic location, but because it opens up a popular tourist destination in Dubai to a new wave of residents and a new era of luxury living.