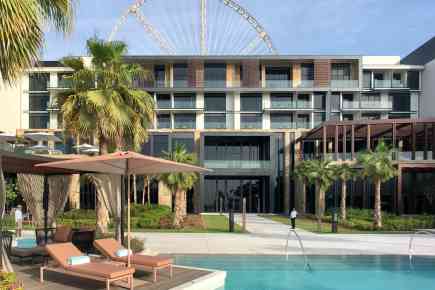 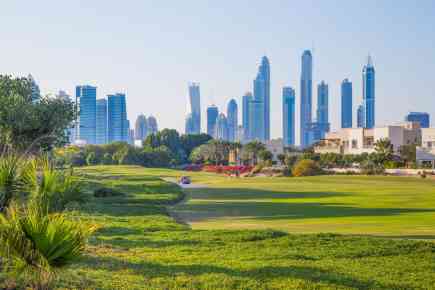 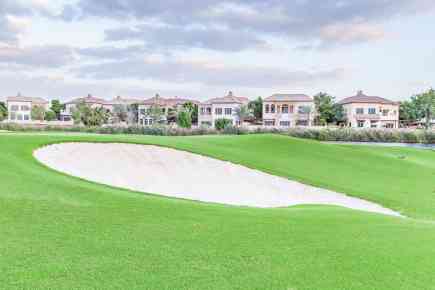 Golf communities in Dubai are among the most desirable places to live, with some of the most beautiful and well-planned neighbourhoods. As a bonus, you enjoy access to a championship golf course at your doorstep and a view of endless rolling greens and beautiful foliage from every corner of your home. One of the communities that is perhaps not spoken about so often and one that has earned its status as a hidden gem among Dubai’s residential areas is Victory Heights.

An enclave of Dubai Sports City, Victory Heights is a sprawling community covering approximately 25 million square feet. It is divided into nine ‘villages’, featuring over 1,000 charming Mediterranean-style homes, tree-lined roads and a sense of peace and neighbourly spirit that can be so hard to find in the urban heart of the city. At the heart of the community is the Els Golf Course, designed by veteran golfer Ernie Els. Designed to mirror some of the more challenging features of UK’s courses in a desert landscape, the Els Course is as beautiful to look at as it is challenging to play on. Since opening in 2007, it has become a premier destination for golf lovers in Dubai. Its signature course is the Desert Links, The Desert Links, which complements broad green fairways with little desert touches including indigenous flora and rolling sand dunes.

What really makes the Els Club a five-star golfing experience is not just the course itself, but the clubhouse. Its bright sunny facade and Spanish Revival-style architecture gives it a sense of grandeur, and there are a few South African touches to bring in a flavour of Els’ homeland.

The clubhouse features sporting facilities, lounges, a conference hall and two signature restaurants. The Big Easy Bar & Grill is a relaxed and very casual dining option that takes inspiration from Els and his easy-going spirit. This is the second Big Easy in the world, with the original outlet located in South Africa. Paying homage to the professional career of Ernie els is the restaurant 261, named after his record-breaking score at the 2003 Mercedes Championship in Hawai’i. It is a favourite among residents of Victory Heights with a varied menu that includes comfort food and some British classics. A recently added extension to the clubhouse features a social club with an infinity pool, a bar, a state-of-the-art gymnasium, and regularly scheduled fitness classes.

Another major feature of the clubhouse is the Claude Harmon Performance Academy, founded by legendary American golfer and instructor Claude ‘Butch’ Harmon. The academy coaches players of all skill levels with a roster of highly experienced golf instructors, practice courses and gym facilities. 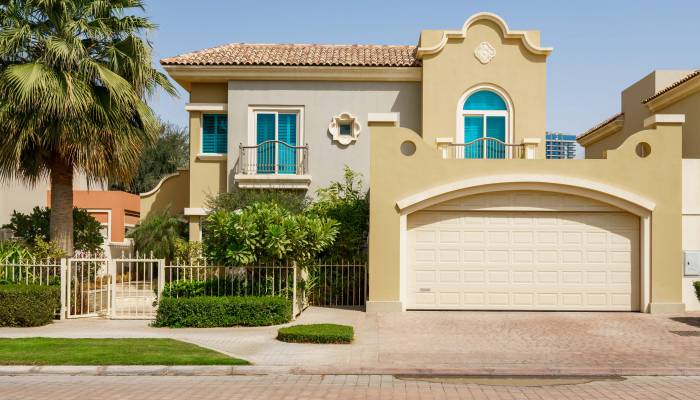 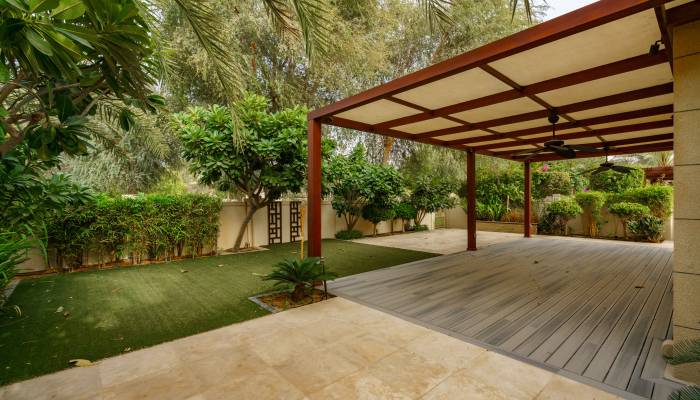 Victory Heights is divided up into nine distinct neighbourhoods, known as villages, each of which contains a selection of 763 villas and 98 townhouses, with a further 96 homes in development. There are three primary architectural styles - European, Spanish and Mediterranean - giving the whole area a very pastoral aesthetic. One of the key benefits of living here is that you get very large home and plot sizes for the price you’re paying, as compared to similar neighbourhoods in the city. 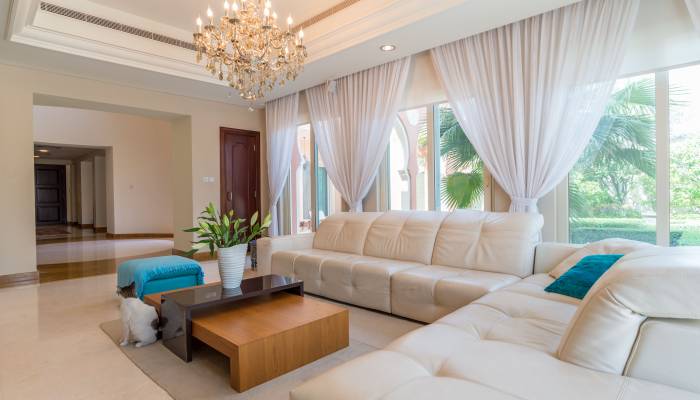 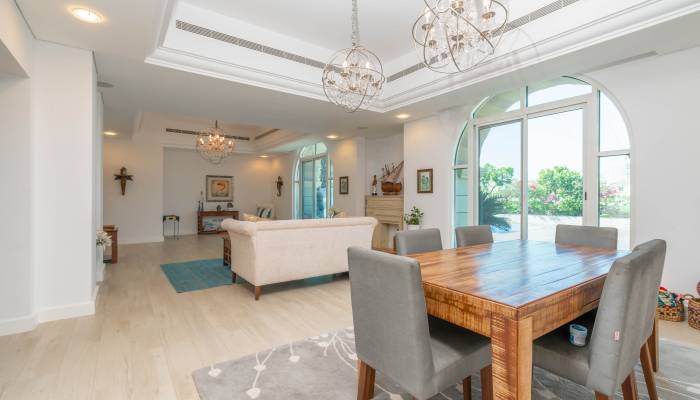 This is the largest village in Victory Heights, spread over the southern length of the community. It contains 210 homes, ranging from four-bedroom townhouses and villas to five and six-bedroom villas. There are also walkways, jogging trails and large green spaces.

Sits near the heart of the golf course and away from the main road. Many of the villas are in a private cul de sac and have the best lake and golf views in the community. The 98 villas in Novella have either five or six bedrooms.

This village is also centrally located, and was one of the first to be completed. There are 102 five and six-bedroom villas, many of which are around the golf course, so they have some great views. It has a children’s park and green spaces at its centre.

The second largest village in Victory Heights and the first to be completed, Estella features two large parks and play areas, as well as one of two public swimming pools with a gym. There is also a small grocery store for convenience goods. The 197 homes include four-bedroom townhouses and four and five-bedroom detached villas. 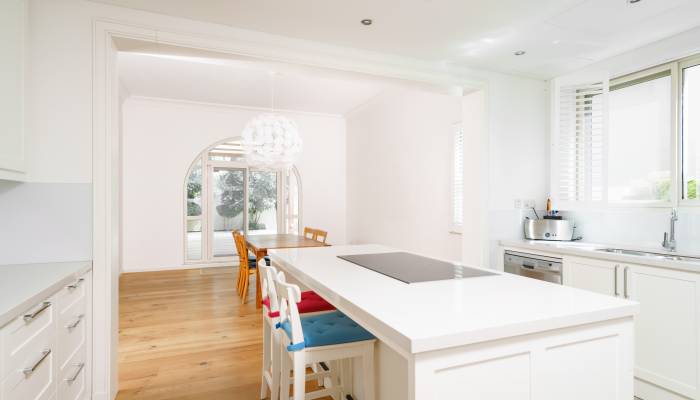 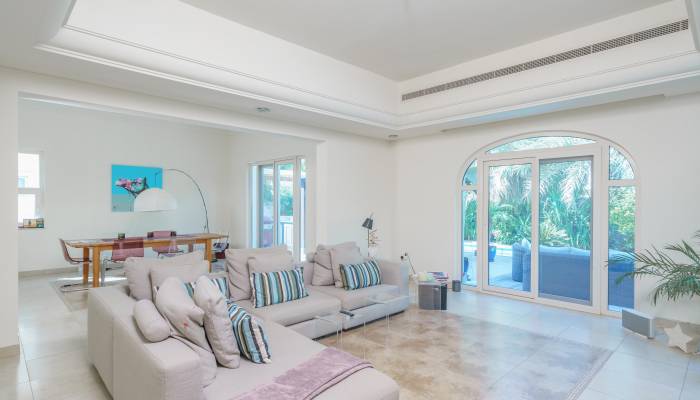 This village is located by the Emirates Road entrance, near the cricket stadium. There are several parks, play areas, private gardens and walkways, and a community pool at the edge of the neighboring Calida village is just a short walk away. The 179 homes range from four-bedroom townhouses to five and six-bedroom villas.

This is one of the newer villages, located at the northern edge of Victory Heights, just off of Emirates Road. The 100 homes here range from four-bedroom townhouses to five and six-bedroom detached villas.

Like Calida, Morella is one of the newer villages, and is also at the northern end of the community. There are 75 homes here, ranging from four-bedroom townhouses to five and six-bedroom detached villas.

Fortuna is a luxury complex of 30 four-bedroom plus maid’s room villas situated between the golf course and the Canal Residence West district.

A cluster of 77 four-bedroom plus maid’s room townhouses, Marbella is currently in development in the south corner of Victory Heights.

The home value within each village is highly impacted by the location. Golf course-facing villas retain the highest prices and so do villas that have gone through extensive upgrades, as well as those on corner plots or cul-de-sacs with a larger plot size. 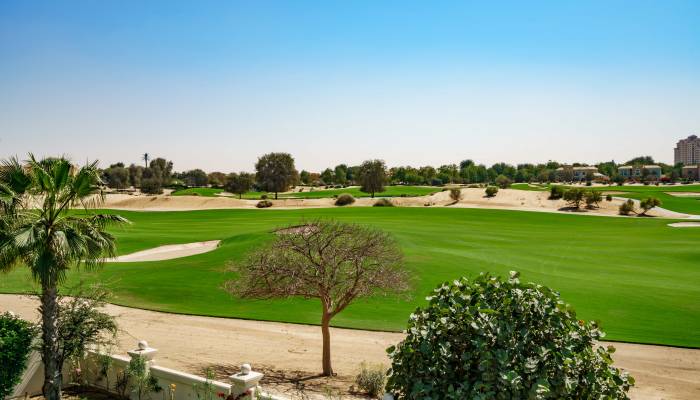 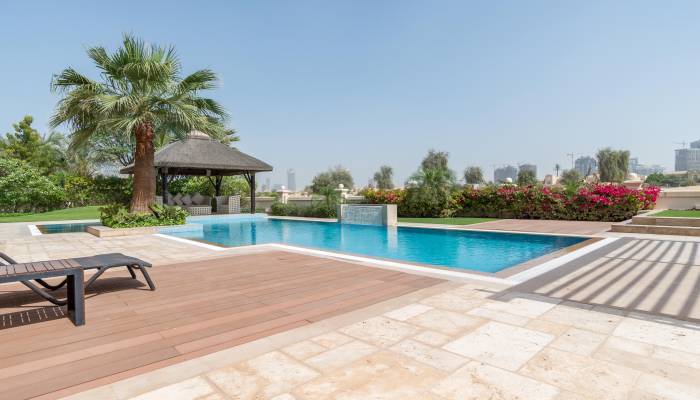 This is a community tailor made for families. The paths are wide, quiet and lined with mature greenery. Homes are bounded by richly landscaped yards and gardens. In fact, only about 12% of the total area of Victory Heights is taken up by the villages, with about 50% of the space used for landscaping and the rest for the other key amenities in the community.

There are parks,  pools, basketball courts, walking trails, jogging tracks and outdoor fitness facilities, in addition to the stunning championship golf course and the exceptional amenities of the Els Club. For both children and adults, there is no shortage of options.

Victory Heights Primary School is located within the community and the recently opened GEMS United School sits just outside of it. The ELC IDEA Nursery is within walking distance from several of the villages and offers preschool and kindergarten-level education.  It is only a 10 to 15-minute drive from some of the best British, American and IB curriculum schools in Dubai, including Nord Anglia, GEMS World Academy, Foremarke, Sunmarke School, American School of Dubai and King's School Al Barsha.

The larger area of Dubai Sports City is home to some top-tier sporting institutions such as the Spanish Soccer School, International Cricket Council Academy and Rugby Park. Along with the neighbouring areas of Motor City, it offers a large selection of restaurants and eateries, plus supermarkets and essential services such as healthcare clinics, laundromats and barbershops.

Victory Heights has a high occupancy rate, with a mix of long-term residents and tenants of various nationalities. It is rare for homes in this area to come on to the market, making it an excellent opportunity for the home buyer or renter when homes to become available. Four of Dubai’s major highways - Sheikh Mohammed Bin Zayed Road, Al Khail Road, Hessa Street and Emirates Road, are easily accessible from Victory Heights. This allows for seamless access across the city, whether you want to drive over to the heart of the Downtown district, out to the beach and the Marina, or to one of two international airports.