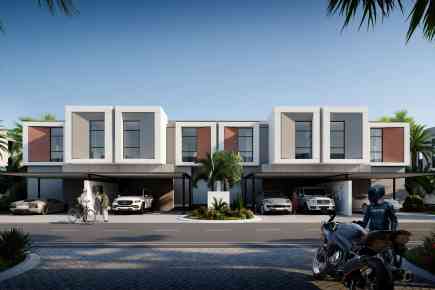 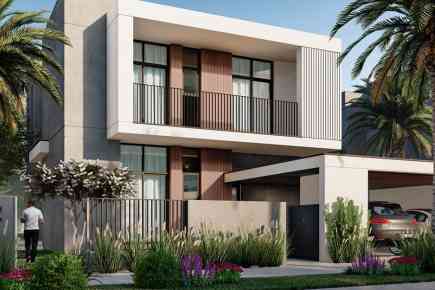 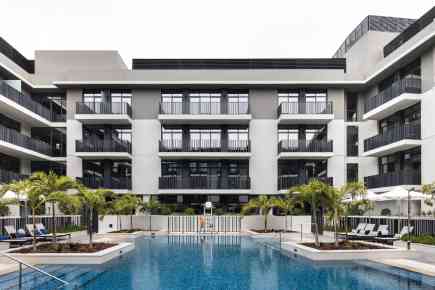 Built on an artificial island, Mina Rashid is billed as one of the most highly anticipated residential communities in Dubai. Reflecting Dubai’s heritage, Mina Rashid is a testament to the city’s resilience, progress, and future. Home to the iconic Queen Elizabeth 2, the port is making waves in the real estate market with the development of Sirdhana and Seashore; two of the most exclusive waterfront communities that will house more than 500 residential units. So, let’s talk about the aspects that make this port community so special. The history of Dubai is undoubtedly tied to the sea. Fishing and pearling were means of sustenance for the majority of people. Traditional dhows and improvised boats helped the locals to brave the storms and bring home valuables from the sea. The local seafarers were soon joined by traders from around the world; traversing Dubai’s shores with cargo – enhancing Dubai’s reputation as the hub of trade in the Middle East.

By the 1970s, Dubai was billed as the “City of Merchants”; with thousands of traders traversing through it to reach their destinations. This development prompted late Sheikh Rashid bin Saaed Al Maktoum to conceive the idea of a commercial port by clearing the bed of Dubai Creek to let large vessels enter. In the present day, Mina Rashid serves as one of the leading ports for cargoes and passenger cruises. 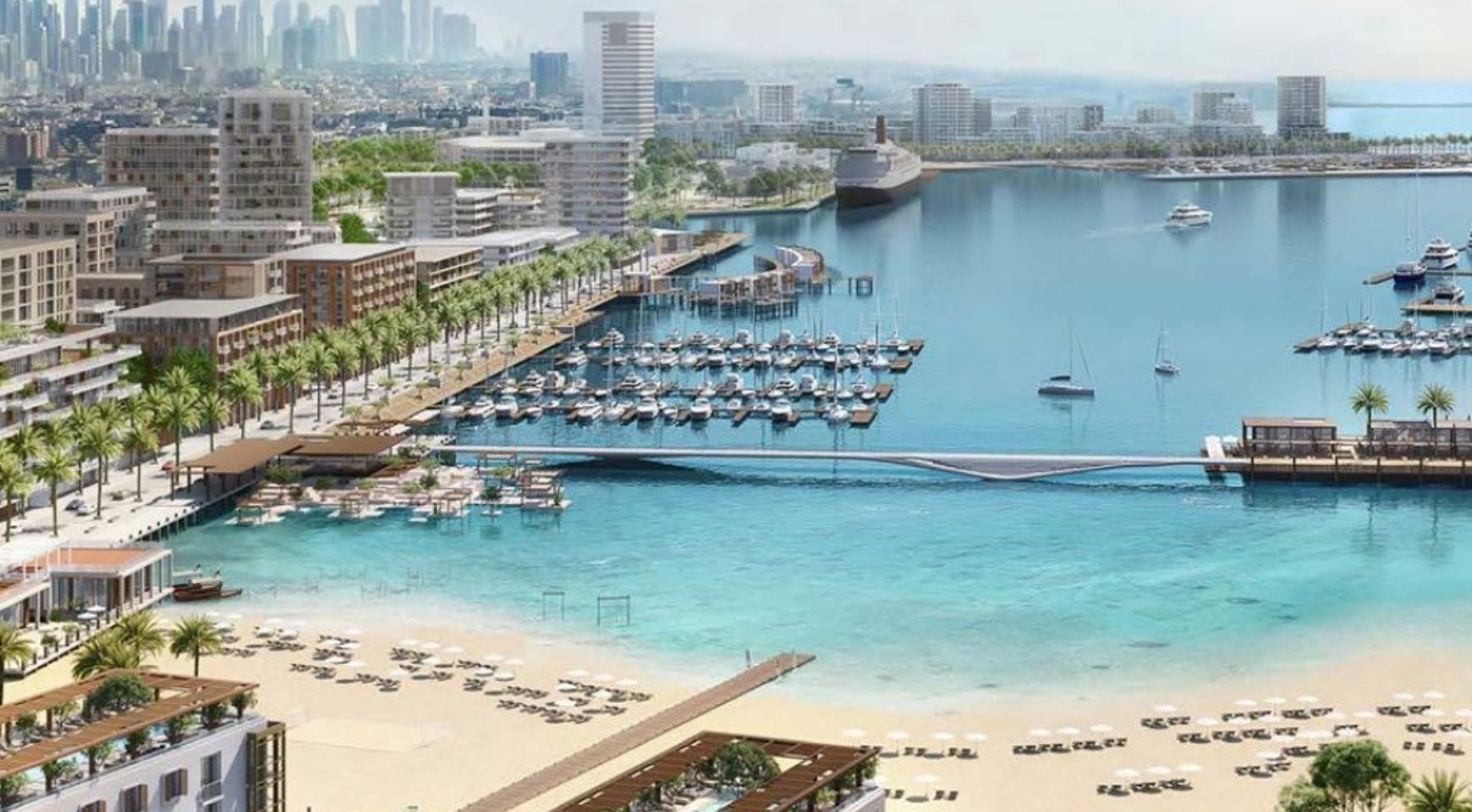 With the transformation of Dubai, it comes as no surprise that Emaar entered the picture to preserve the heritage of Dubai by developing an ultra-modern, and luxurious coastal society right next to the port. The mega developers’ plan to transform the heritage site includes the development of an exclusive yacht club, a world-class hotel, a shopping mall, and various other leisure activities.

With a coverage of 700 to 2,050 sq. ft., Mina Rashid offers contemporary residential apartments in a 1, 2 and 3 bed configuration. All properties are equipped with modern appointments; such as the glass façade, boutique wood finishes, large balconies, ad floor to ceiling windows. The community has all amenities nearby; including recreational parks, a school and a social hub for people to hang out at. 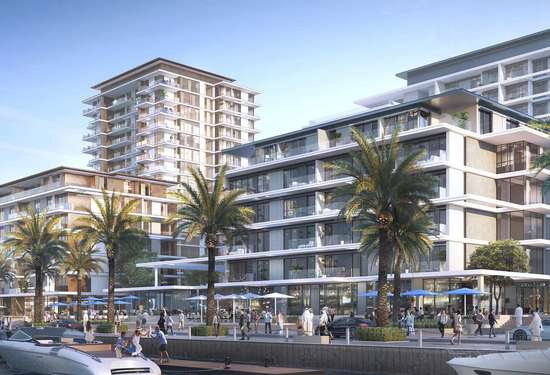 Sirdhana – The Most Sought After Community in Mina Rashid 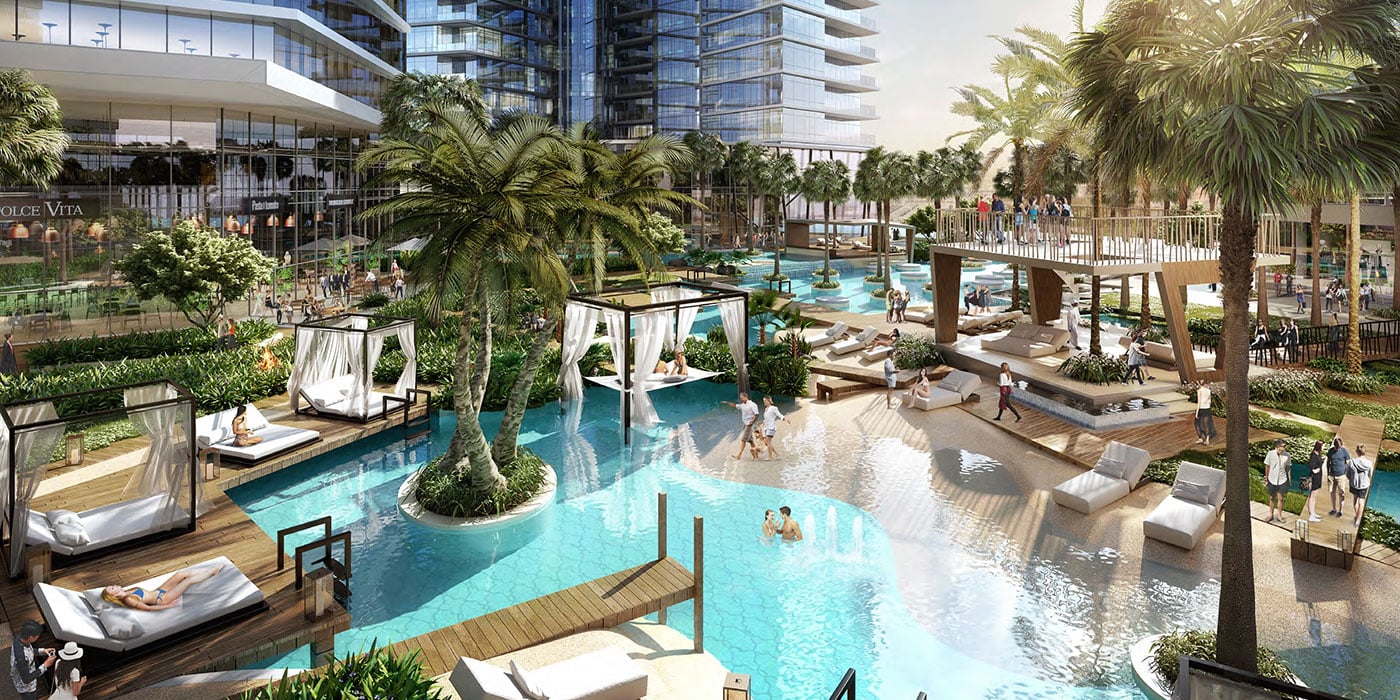 Named after the first commercial vessel to dock at Mina Rashid, Sirdhana captures the essence of Dubai – infrastructure that is ultra-modern, unique and sustainable. The neighborhood features a 4 mid-rise building complex that offers 1, 2, and 3-bedroom apartments; as well as 4-bedroom penthouses for a luxury experience. With Dubai Expo on the horizon, investing in Sirdhana could be a profitable move in the near future; especially in the penthouse apartments that offer scintillating views of Dubai’s skyline. Seashore is another district that has been getting a lot of traction of late. Situated close to Sirdhana, the sub-community offers residential units in a 1, 2 and 3 bed configuration. What makes the community special is that it gives residents direct access to the 500 meter Venetian-style canal surrounded by palm trees and cabanas. It’s the perfect place to recline and enjoy the soothing vibes of the ocean.

While not fully developed, Mina Rashid still offers all the amenities and luxuries of a master planned community. For groceries, one can head over to Spinneys in Al Mankhool or Carrefour in City Center Al Shindagha. Both marts are located at a drive of 10 and 12 minutes respectively.

The community is close to places of worship of various faiths. On the southern side of the community, near Bur Dubai, is the Grand Bur Dubai Mosque, which is reachable via car in 12-15 minutes. The mosque has a capacity of over 1200 people in a single congregation.

Some of the leading Churches in Dubai are situated in Umm Hurair 2; including St. Mary’s Catholic Church, Holy Trinity Church and the Maranatha Full Gospel Church. It takes about 20 minutes to reach them. Hindu residents can head over to quite a few temples in Dubai; including the Shiva Temple, and Shree Krishna Havela, which are all at a distance of 20 minutes.

In terms of schools, there are plenty of good options to choose from – such as Gems Winchester in Oud Metha and Ambassador School in Al Mankhool. Both schools follow the British curriculum and are highly ranked by the KHDA. Both schools are nearby and can be reached in less than 20 minutes.

For higher education, Al Wasl University and Muhammad Bin Rashid university of Medicine and Health Sciences are nearby, and are reachable in 20 minutes. Healthcare serves as the backbone of any society, and Mina Rashid finds itself in close proximity to some of the top medical centers in Dubai; such as Rashid Hospital, Aster Hospital, Dubai Dental Hospital, and Moorfields Eye hospital. 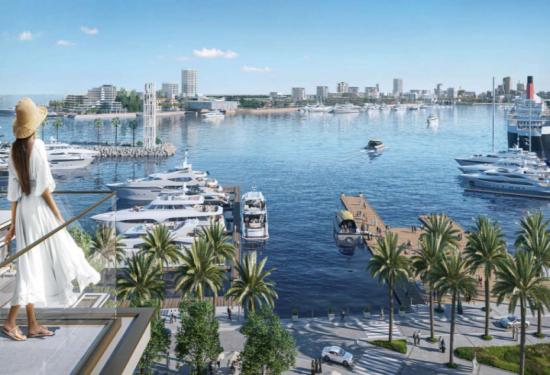 Mina Rashid ha quite a few scenic landscapes and unique attractions for its residents – the most prominent being Mina Rashid Marina. Covering roughly 140 million sq. ft., the marina can accommodate up to 20,000 yachts at a time and offer pleasant vistas of the sea. Another notable attraction is the Sheikh Saeed Al Maktoum House, commonly known as Al Shingadha Museum. The heritage site, which once used to house the royal family has now been converted into a museum that showcases historical paintings, coins, stamp papers and other artefacts from the royal family.

Without question, Mina Rashid is poised to become Middle East’s new coastal destination. Mina Rashid - an off-plan community that will be home to thousands of residents in the not so distant future.