With a culturally rich history and over 6 million people calling the Greater Toronto Area their home, Toronto's neighborhoods offer something for everyone.

It seems to have the perfect blend; the hustle and bustle of city life, with thriving commercial and financial districts, and the more laid-back lifestyle due to its convenient location on the edge of Lake Ontario.

As a family living in Toronto, the expected future prosperity is bright, with sizeable investments attracted to affordable housing, a favorable quality of life, a sizable economy, and self-sufficiency with the existence of hydroelectricity and raw materials.

Indeed, if you are looking at Toronto to settle with your family, finding the perfect location that ticks all the boxes can be difficult. This shortlist is designed to ease your burden and to provide you with a quick summary of some of the most attractive neighborhoods in Toronto for families. This is probably the most laid-back and visually attractive area of Toronto. Situated right on the lakefront, residents sometimes forget that they're living in a bustling metropolis, with stunning views of the lake and a calming atmosphere.

Although house prices tend to be more on the expensive side in The Beaches, its popular schools and low crime rate make it highly attractive for families.

If you like venturing out with your family for lazy lunches and musical vibes, then Queen Street East has an array of cafes and restaurants to choose from. The Jazz Festival takes over the street in July with vehicle access being prohibited and families soaking up the highly popular musical atmosphere. 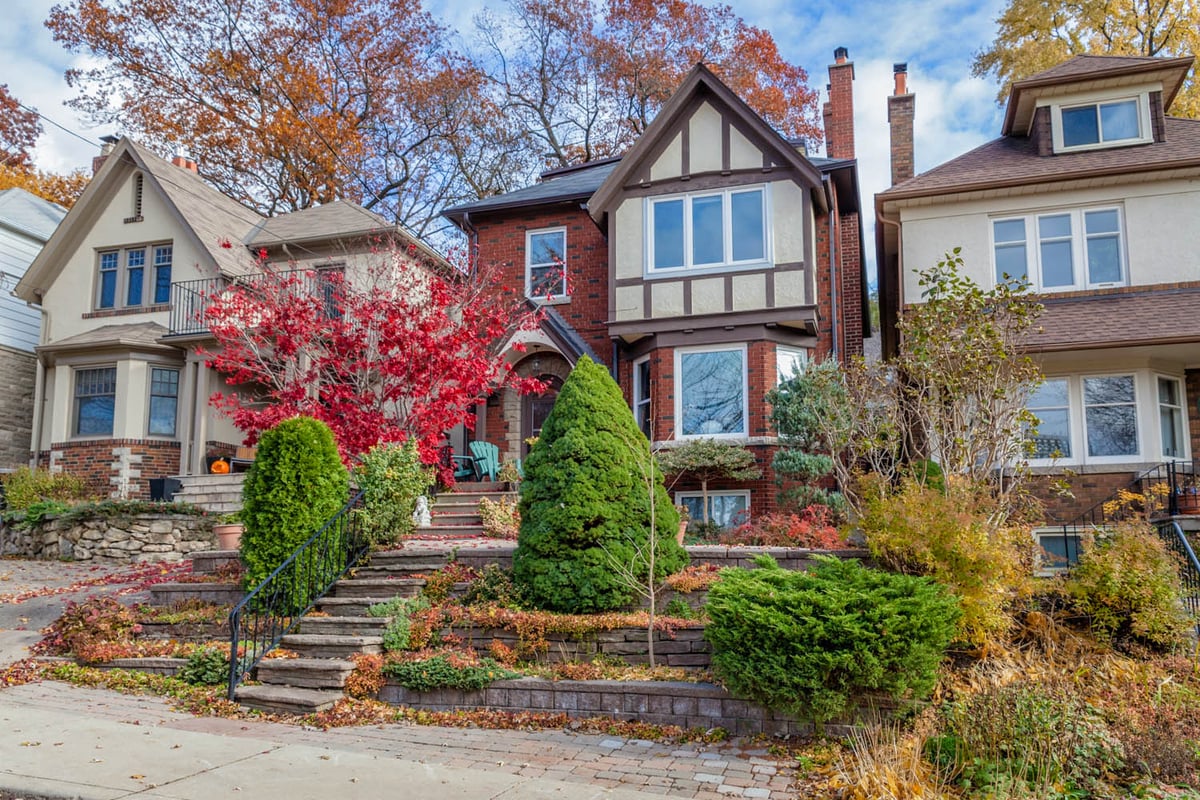 In contrast to The Beaches, Bloor West is more of a shopping hub. Even so, there is still an air of calmness with the green hub of High Park close by being a hot spot for families, especially during sunnier climates. With over 160 hectares for families to roam in, a zoo, and plenty of recreational areas, it's a popular day out for families.

The local schooling receives mixed reviews, but this is the case with the majority of neighborhoods in Toronto. One of the attractive aspects of this neighborhood is that those who grew up in Bloor West tend to stay and educate their children in the local schools.

Being already close to Downtown, all the necessary local amenities are in place, making it a popular place for families to live in. “Roncy” is worth mentioning due to it being a much more affordable area to live in than some of its neighboring districts. Similar to Bloor West, it is close to High Park and so the green outdoor areas are very close by—perfect for families.

With Toronto being highly attractive to European immigrants, Roncy is termed “Little Poland,” boasting a friendly and welcoming European vibe. More of a cultural neighborhood to live in than the relaxed area of The Beaches, this is probably more suited to a family that wants to explore different cultures and be more adventurous, with beaches and parks being a stone’s throw away.


The majority of houses in Roncesvalles are detached and semi-detached, so be aware of this when you’re house-hunting—the types of houses in Toronto vary depending on the neighborhood. Taking up more of a central location in Toronto, it’s still a popular location for families who want to feel the city life, though. Despite being in the midtown part of the city, there is still a laid-back vibe to this neighborhood, which is probably due to the diverse age range of the local populace.

If you're a family looking to rent in Toronto, then this area might appeal to you, with a wide array of housing options available. The residential areas are close to the in-demand schools, making it a popular area for families, with plenty of public and private schooling options. Living in Don Mills is expensive unless you look at a family-sized condo. Average detached home prices are in the millions of dollars, which is mainly due to its locality to the highway, popular restaurants, and excellent access to Toronto's infrastructure and commercial district.

Of note is that Don Mills attracts families who are interested in Montessori schooling, but the neighborhood has more traditional schools, too, if you didn’t want to take the Montessori route. It’s just good to know the option is there.

While not being close to the center of Toronto, that's not to say that the residents feel isolated; access to public transport is only a few minutes away and the locals feel that they have an excellent balance between hectic city life and a more relaxed countryside feel. 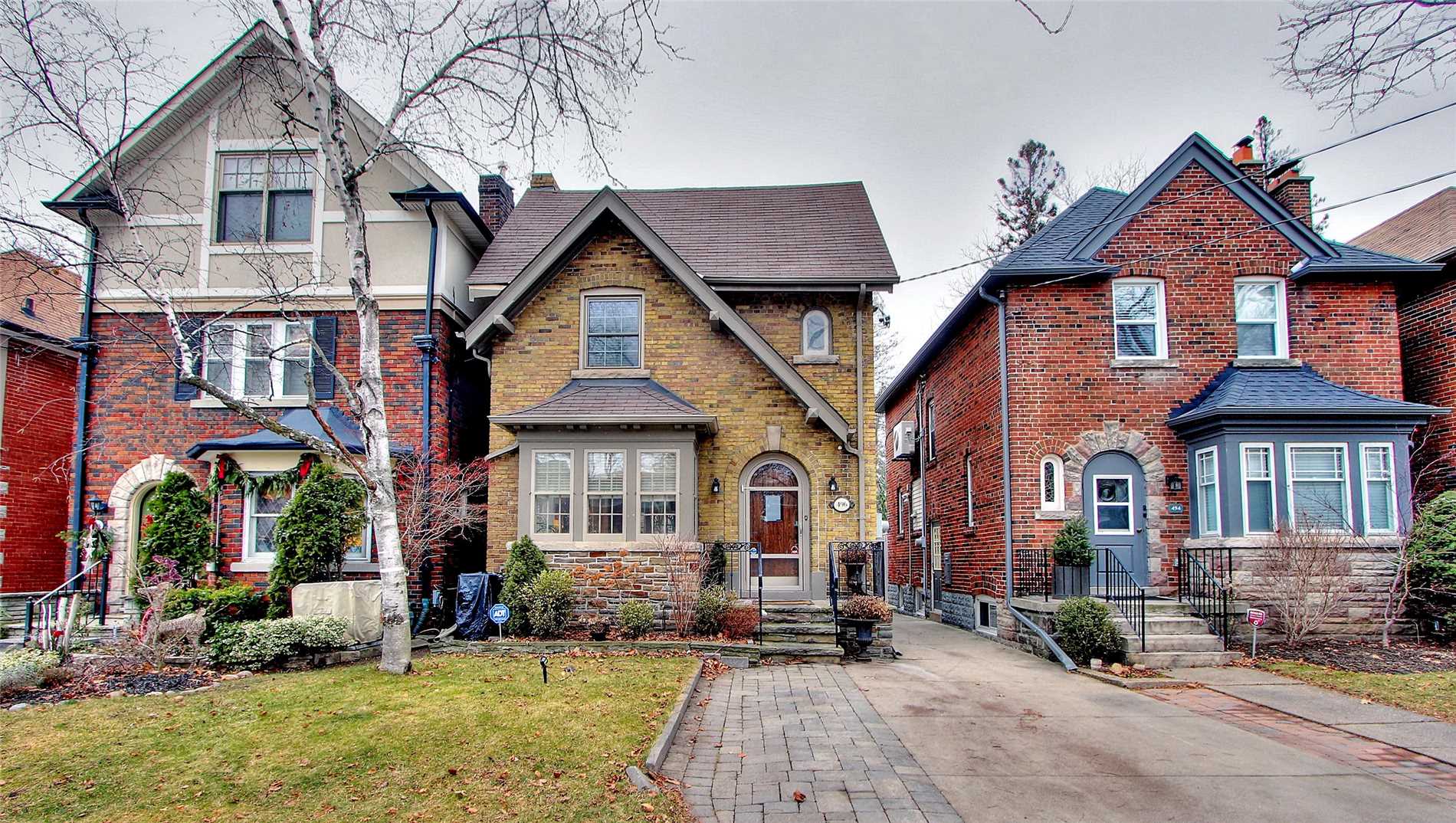 Allenby is a very popular neighborhood for families, especially for schooling with the main public school being well-known for educating foreign students and teaching them English and French from a young age.

The local, popular Eglington Park is an excellent place to be all year round, being very picturesque in the winter and a perfect location for walks and picnics for families in the summer.

Due to being so popular, finding rental accommodation in Allenby proves to be difficult and so it's advisable to get on realtors’ mailing lists as soon as possible, keeping your eyes and ears open in the meantime.

If you don't have much disposable income or can't afford an expensive property, then perhaps Deer Park isn't for you. On the other hand, if you're looking for one of the most expensive areas of Toronto to live in, then Deer Park should be a consideration.

These are just a hand-selected collection of some of the most popular neighborhoods in Toronto for families. Of course, there are others that feature attractive elements of schooling, recreational facilities, amenities, and housing, but the general consensus is that these are the most sought after, especially The Beaches and Bloor West.

No matter which area you choose to live in, though, Toronto sees more immigration than emigration, which is highly unsurprising since it really does seem to have something for everyone.

Moni Raad is Editor in Chief at On The Move Toronto, a blog that covers relocation, immigration, and moving to Toronto. She is an entrepreneur at heart who successfully founded and operated several businesses over the years. After immigrating to Canada in 2008, Moni wanted to share her first-hand expertise on how to immigrate, settle-in, and make Toronto home for all the newcomers and people aspiring to immigrate to Canada.