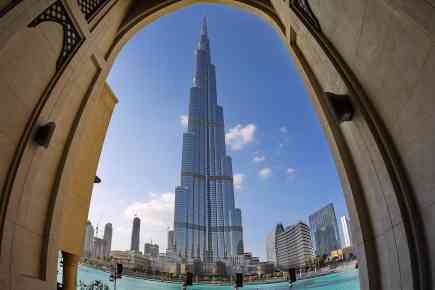 Dubai has come of age in a very short span of time. The global holiday destination is home to some of the finest hotels in the world. While in the past, the Burj Al Arab was seen as the grandest hotel in Dubai; in the present, there are various other strong contenders competing for the top spot in Dubai’s coveted luxury hotel segment.

The real luxury is present in the finer details – such as floor to ceiling windows, Michelin inspired meals, designer spas, cashmere blankets and so on. In this blog, we have compiled the list of hotels that offer luxury and opulence bar none. 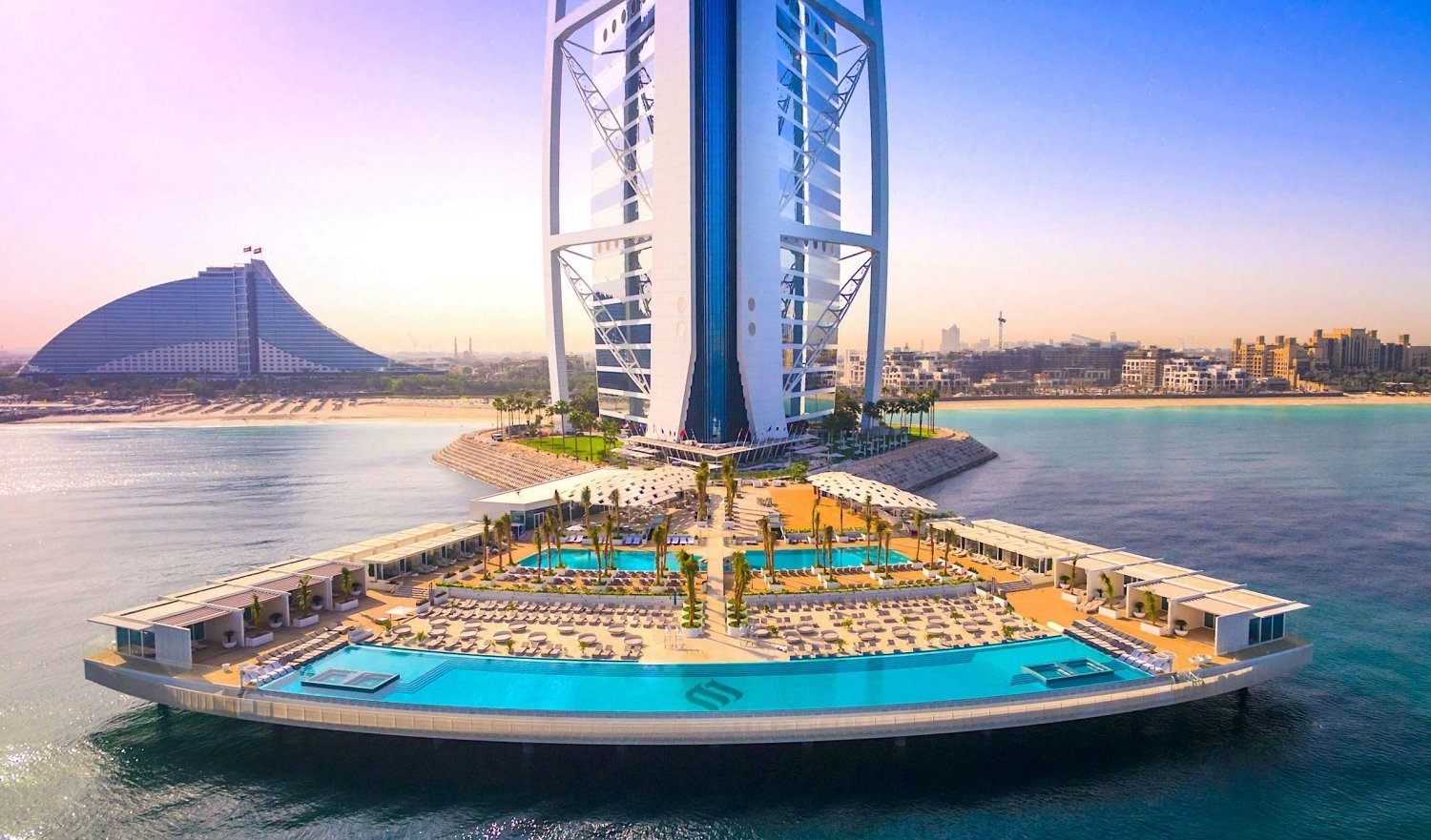 Despite the emergence of world-class hotels in Dubai, Burj Al Arab still holds its own. Dubbed as the world’s only 7-star hotel, the sail-shaped structure identifies with Dubai more than any other landmark. Situated 400 feet out into the sea, the hotel features a fleet of Rolls Royce Phantoms for transporting guests. While the sleek outdoor terraces feature two pools that seamlessly blend in to the horizon. 120 day sunbeds by the pool and more than 30 butler-serviced cabanas offer the ultimate luxury to guests. 2. The Bvlgari Hotel and Resort 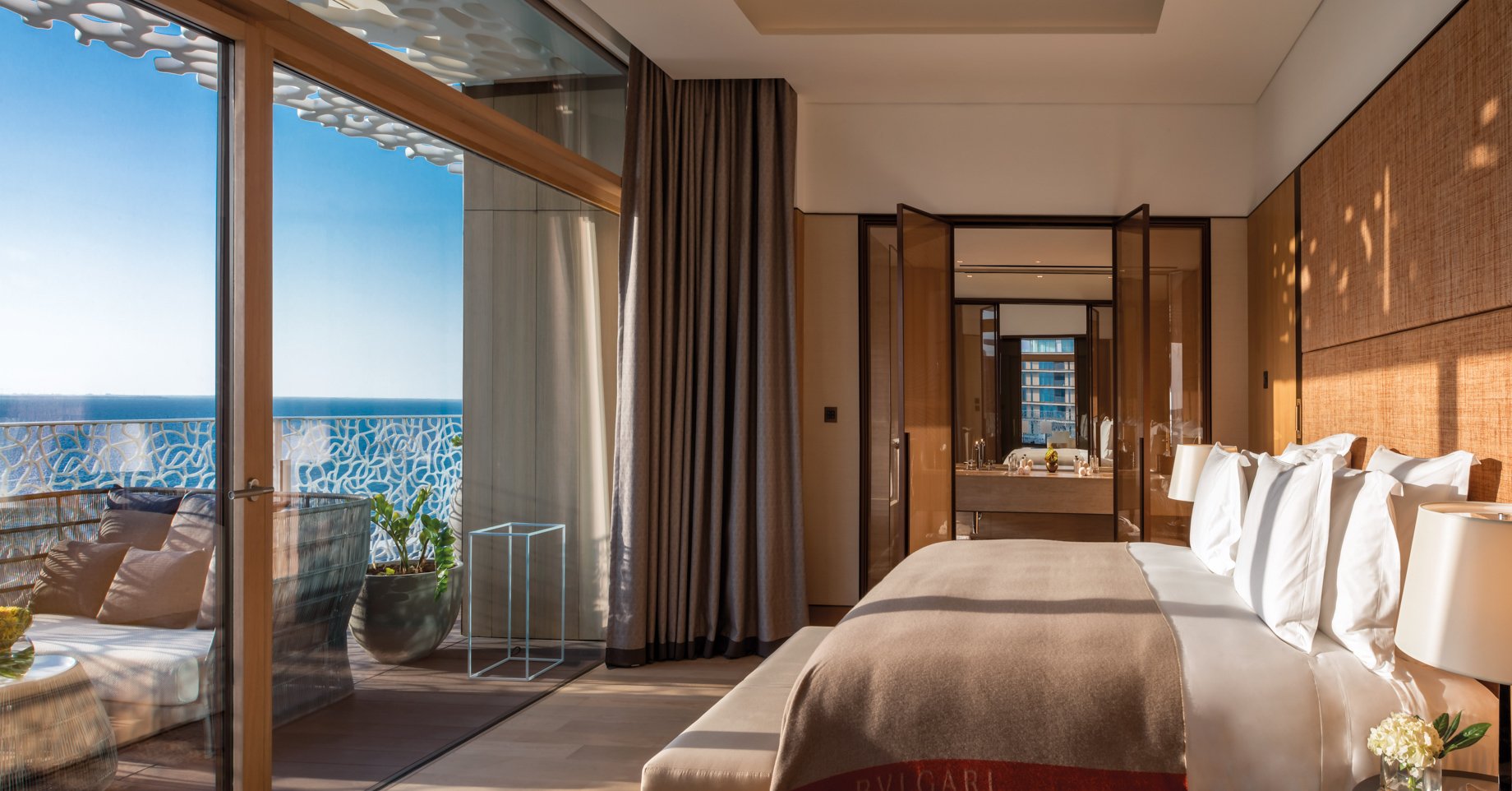 The Bvlgari Hotel and Resort has been modeled after a contemporary Mediterranean Village. Built by renowned Italian architectural firm Antonio Citterio Patricial Viel; this private island showpiece is located off the coastal area of Jumeirah and offers unmistakable craftsmanship and precision in all departments.

Built using raw earth materials such as green onyx and black granite; the luxurious hotel also showcases classic Bvlgari jewelry in the hotel. The interior follows an elegant duotone pattern; which is characteristic of the brand – with the work of designers such as B&B adorning the rooms and hallways.

A full-size outdoor pool with a beach club offers views of the Burj Khalifa, while a world-class spa offers aroma therapy and massage options to alleviate stress. But perhaps, the most notable feature of the resort is the sea-facing couples’ suite that is lined with real gold. 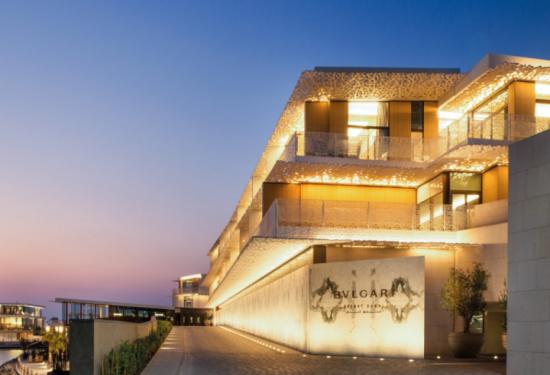 Caesars Palace and Resort is one of the world's most exclusive hotels. For perspective, there are only two in the world – one in Las Vegas, while the other is on the Bluewaters Island. The resort offers royal treatment to its guests, which is reflected with the Roman era relics, a predominantly gold and white color arrangement, boutique wood finishes in the rooms, plush upholstery and Roman paintings and scriptures from the past.

There are a number of entertainment options nearby the resort; including high-class restaurants, theme parks for kids, beach with cabanas and a temperature controlled infinity pool. The Palace is an experience worth taking especially if history piques your interest. 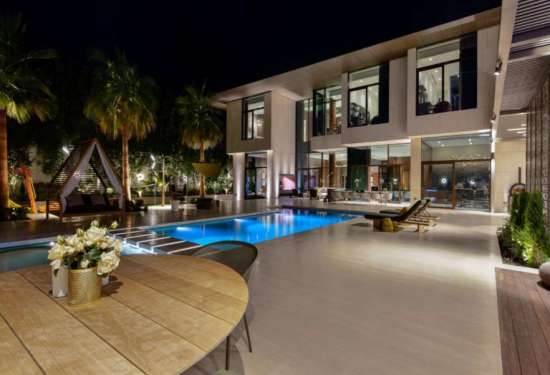 Speaking from an aesthetic point of view, Four Seasons Jumeirah is in a league of its own. Featuring freshly cut flowers hanging from the ceiling and arranged in Murano crystal vases greet visitors with a fragrance that lingers long after you make way to your room.

The rooms are spacious, with a minimalistic vibe to them. They overlook the beach or the Downtown skyline (depending upon your room selection). An iPad Mini keep you company; showing all possible butler services (more than 25). While in the bathroom, you have unique marble appointments complemented by exclusive toiletries by Etro. Eleven world-class restaurants offer delectable meals; such as Wagyu with truffle and the traditional Arabic mezze. 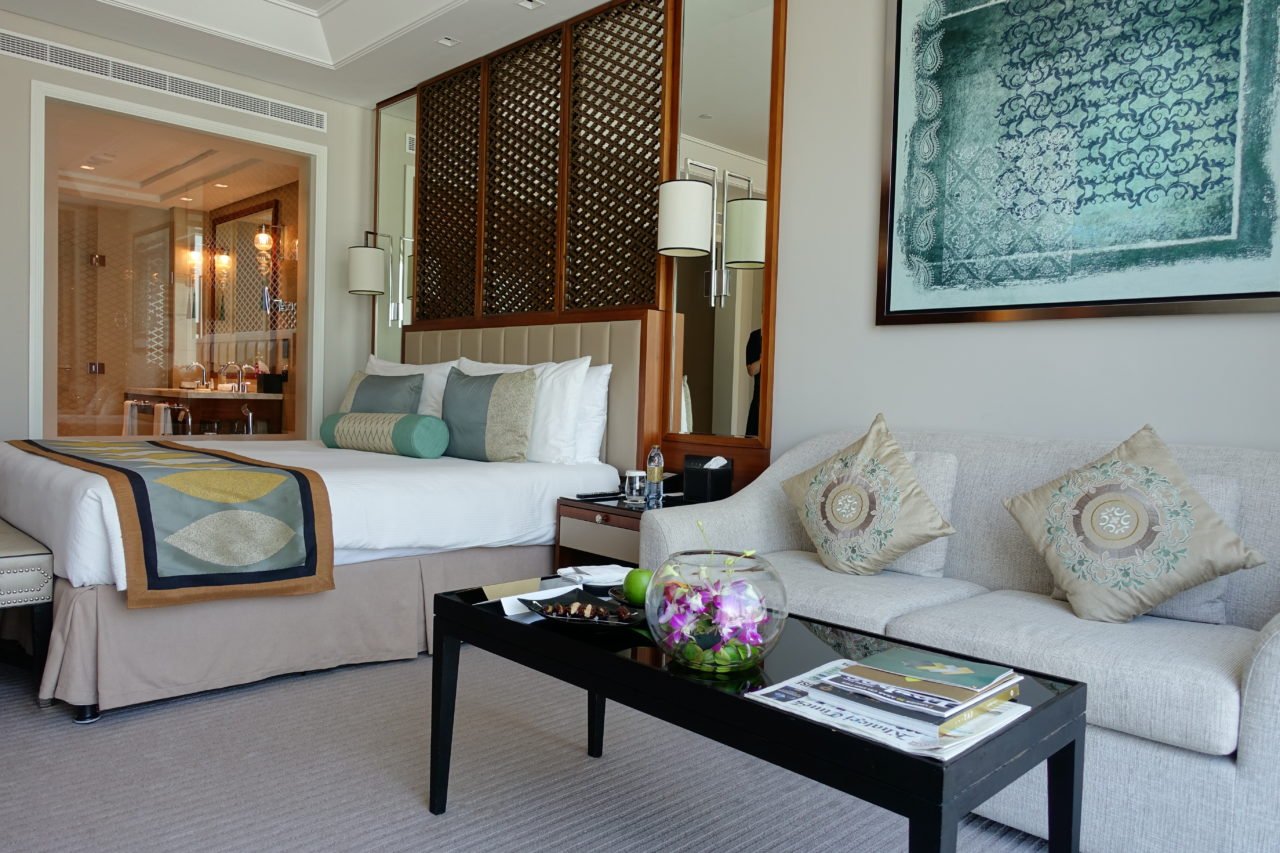 Drawing inspiration from the rich culture of the Indian sub-continent, Taj Hotel adds subtle touches of elegance and grace to offer a remarkable experience to its visitors; that includes a designer gym and fitness center, a Jiva Spa for traditional Ayurveda therapies and more than 3000 Mughal inspired sculptures and artworks that adorn hallways, rooms, restaurants and public spaces. The major attraction at the hotel is without doubt the Maharaja suite, which features a shimmering glass exterior and amenities; such as posture-pedic mattresses and cashmere blankets with plush sofas.

The bathrooms are all clad in marble and have Molton Brown amenities. While there are no balconies, the interior décor with its Indian accents more than compensate for the absence of a private outdoor area. In terms of foods and drinks, Taj Hotel offers a fusion of Indian and international cuisine. Some top picks include traditional Indian pancakes, Arabian Kunafa and a unique “Ode to India” tea.